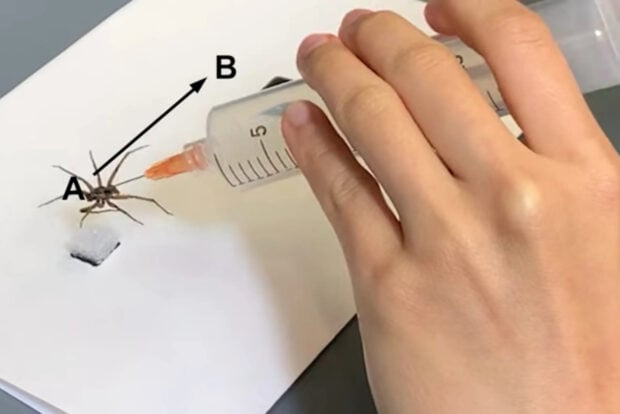 A group of researchers at Texas’s Rice University have developed a method of turning wolf spider carcasses into robotic grippers, making the legs open and extend when a small amount of air is applied inside the carcass and close and grip when the air is drawn back out. The researchers have named their unholy field of experimentation “necrobotics.” Just to be perfectly clear, this is not good news. 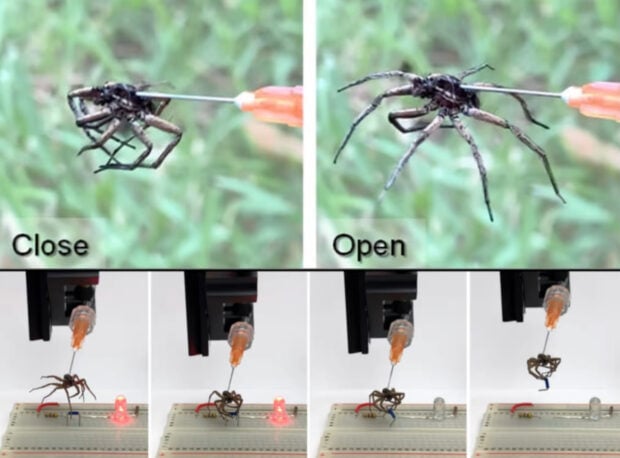 In tests, the mad scientists discovered the necrobot spiders could lift more than 130% of their own body weight. They also endured about 1,000 cycles of air application/removal before the spider’s internal tissue began to degrade and, presumably, legs started falling off. They hope that the spiders can last even longer with the addition of a polymer coating, but I hope they abandon the project altogether.

What will they possibly think of next? Honestly, I’m scared to find out. Remember yesterday when you didn’t know anything about necrobotic spider grippers? Those were simpler times, weren’t they? Better times, even. I sure miss those days.