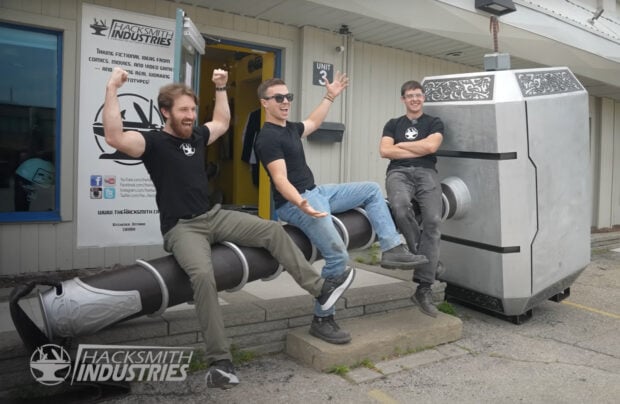 Because dream it, and, with enough funding, you can achieve it, the gang at the Hacksmith channel on YouTube went and constructed a massive 2-ton version of Thor’s Hammer, Mjolnir. Admittedly, that is probably the largest Thor’s hammer I have ever seen. The whole project cost around $100,000, which, I think we can all agree, was money well spent. 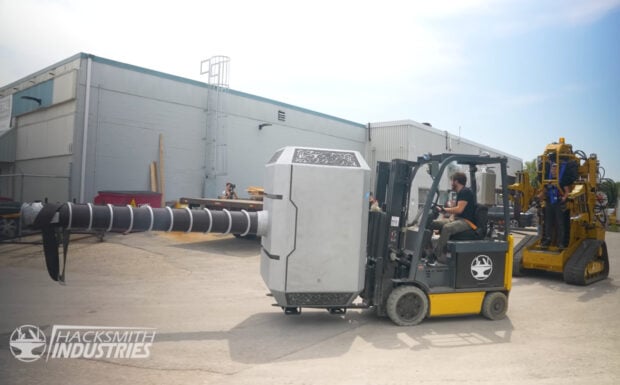 Because the individual metal pieces needed were so large, Hacksmith had to outsource their production to a steel company instead of cutting the pieces themselves since they were limited by the size of their machinery. The whole hammer was galvanized to prevent rusting, and the team plans to release a video of it being lifted via crane and dropped on various objects in the near future, although there’s a preview video (the second clip below) of it crushing a homemade robot. This looks promising!

Could I lift it? Of course, I could lift it, but I’m also the king of severely overestimating my abilities. Take, for instance, when I thought I could cut it as a blogger. ‘How hard could it really be?’ I asked myself before you had to read this.