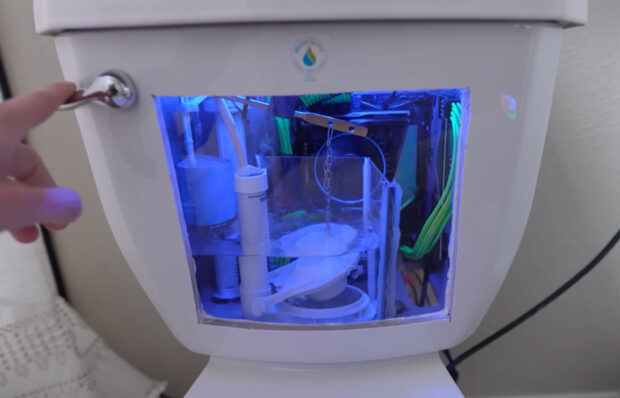 Discontent with just bringing a portable gaming system like a Steam Deck or Nintendo Switch into the bathroom to play games while on the can, YouTuber Basically Homeless went and assembled a full-fledged gaming PC in the tank of his working toilet. He then mounted a monitor on the wall right in front of the toilet so he can play Counter-Strike while taking a global offensive. And they say dreams don’t come true! 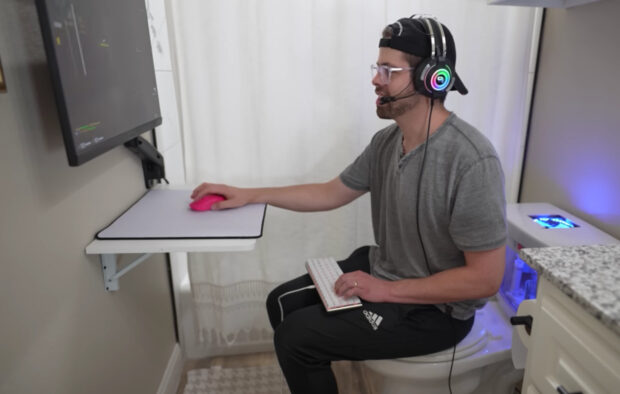 The construction of the toilet PC basically involved reducing the tank’s water reservoir to a small well he built out of plexiglass, then adding all the computer components to the dry area of the tank outside the plexiglass well. He also added lights, built a window so you can see inside, and included an exhaust fan to keep the PC cool and reduce humidity inside the tank. Now he just needs to add a mini-fridge, and that bathroom will be complete.

So, if you were wondering what home improvement project I’ll be tackling this weekend, the answer is this: a gaming PC toilet. Probably immediately followed by repairing a massive leak, then next weekend, replacing the water-damaged drywall and carpet in the basement.