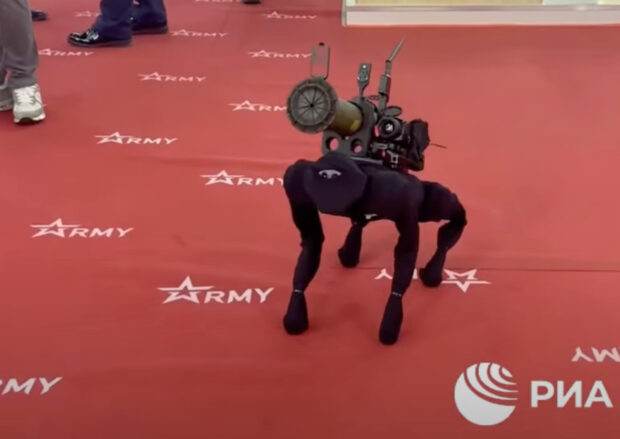 We’ve already seen a quadruped robotic dog equipped with a submachine gun, so obviously, it was the next logical step towards humanity’s demise to strap a rocket launcher to one. Spotted at a recent military convention, You can purchase a robotic dog like this for about $2,700, but the ninja costume and rocket launcher, you’ll have to find yourself. I know people – nobody with rocket launchers for sale, though, and that’s okay with me. 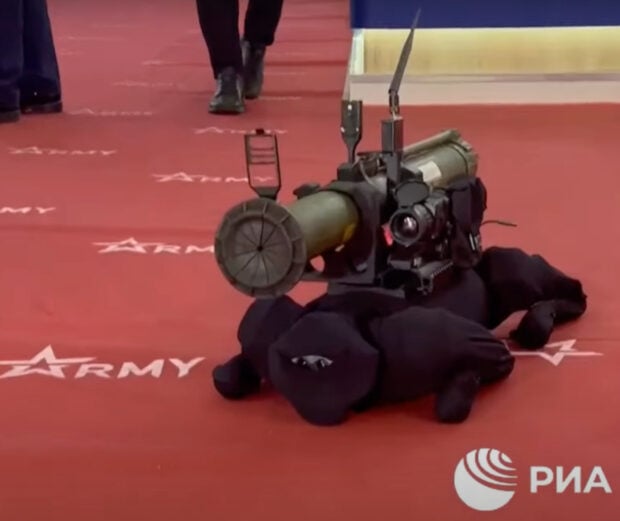 It’s all fun and wargames until the robot dog thinks it sees a cat and quickly turns around before firing. That’s why I don’t trust robots. Plus, robots were made by people, and I don’t trust people. Who are you? Who sent you here?!

I’m not going to lie; the future is looking pretty bleak. I mean, we already have robotic dogs with explosive launchers strapped to them; what’s next? And more importantly, how can we put a stop to it before it dooms us all? And don’t say a letter-writing campaign… those things never work, or the McRib would be available year-round.