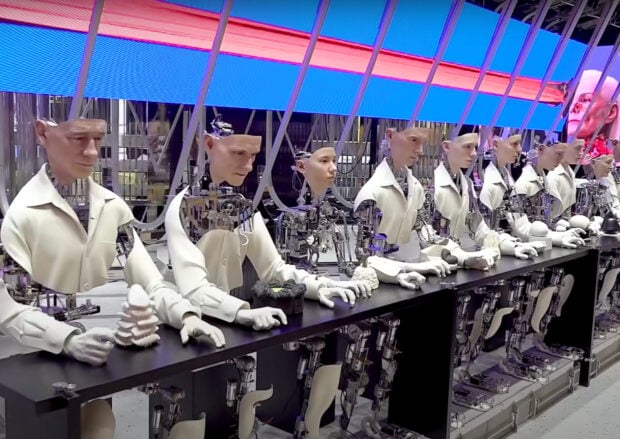 Korean 3D printing company Glück produces the Sculpia printing platform. And in this video, it demonstrates the platform’s capabilities by creating an army of humanoid robot body parts. “Finally,” I imagine Skynet thinking to itself while making plans to mass produce a whole line of Terminators. Obviously, there has never been a better time to consider a career in space travel and escape this planet. 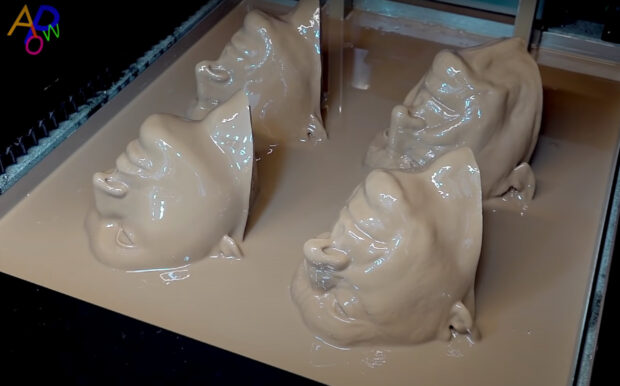 Unlike extrusion 3D printing, these body parts are made via stereolithography (SLA), in which a thermoset liquid resin is cured using a UV laser for an extra smooth finish and high level of detail. I mean, they are making faces; after all, you don’t want them coming out looking like a children’s drawing. 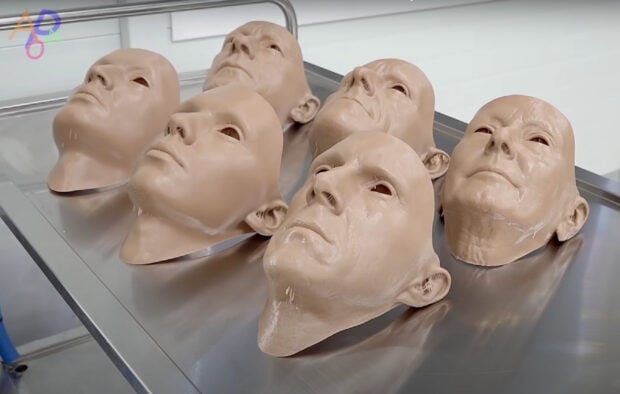 Soon you won’t even be able to tell if the person you’re talking to is an actual human or a robot. And I, for one, don’t plan on being around to see that happen. I’ll be living on an earth-like planet orbiting Proxima Centauri, some 4.25 light-years away from here. You have fun playing that guessing game, though.