LEGO maniac TheBananaman2018 has built a fully playable, motorized version of PONG that can be built out of LEGO bricks. He’s added the set to the LEGO Ideas website, and with enough support, LEGO may consider it for production. I don’t know about you, but I just created like twenty accounts and pledged my support from all of them. This might be the most important thing I do in my life. 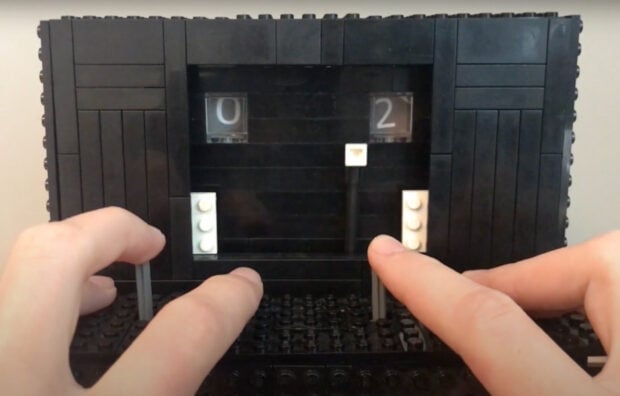 “The game is played by two players; each of them has a paddle on the right or left side of the screen. There’s also a ball that flies around the whole screen, bouncing off the sides. The players need to move their paddles so that the ball never reaches the left or right side of the screen. If that happens, one of the players scores a point. The machine counts and displays points automatically. When a player scores 5 points, it displays the message “YOU WON!” instead of how many points the player has.” Impressive!

Amazingly, the game (which features over 90 gears) runs off a single motor, including the scorekeeping. Wow! I can’t even imagine the amount of engineering that went into its development but rest assured, it’s way over my head. Honestly, most things are. Don’t even get me started on photosynthesis OR magnets.