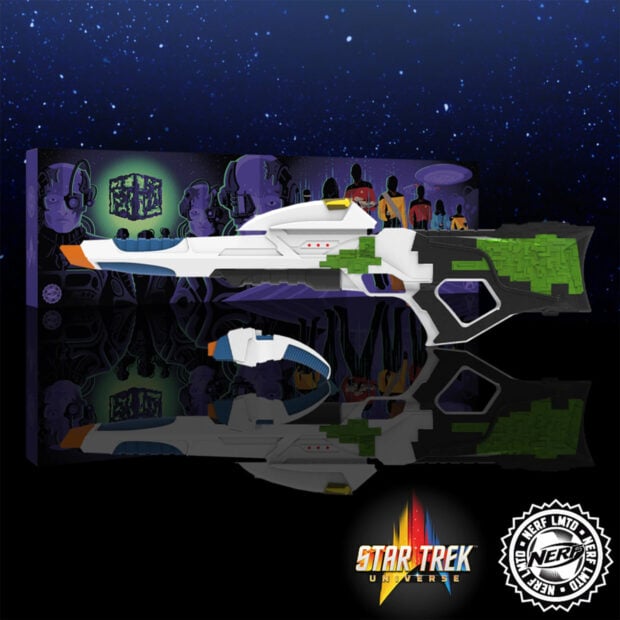 Designed to resemble the Type-II and Type-III phasers used in Star Trek: The Next Generation, Hasbro has just announced preorders for a NERF LMTD set of the weapons. The $120 set includes both a Type-II one-handed phaser pistol and a Type-III phaser rifle. Obviously, I will be everyday-carrying both for protection against the Borgs. 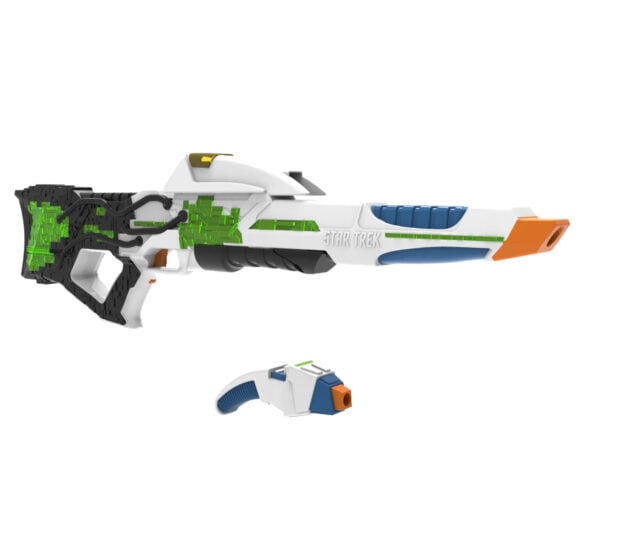 According to Hasbro, “The Type 3 motorized dart blaster has light-up effects that simulate the look of being assimilated by the Borg in homage to the film, Star Trek: First Contact, light-up phaser effects, phaser sounds, authentic First Contact movie sounds, an internal 5-dart clip, and fires one dart at a time. The Starfleet Type 2 Phaser fires one dart and has a pull-back priming handle.” Borgs, beware, and I won’t have them set to stun, either. 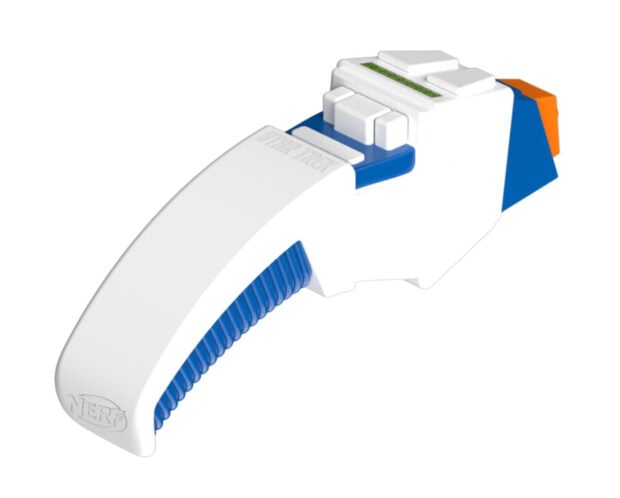 One can never have too many NERF guns modeled after sci-fi weapons, that’s what I say. That’s also what I’m trying to convince my wife. It’s…not going well. “You don’t even play with that NERF Mandalorian rifle you bought,” she’ll argue before I have to explain for the hundredth time I’m keeping it mint in packaging as a collector’s item. It’s an uphill battle. 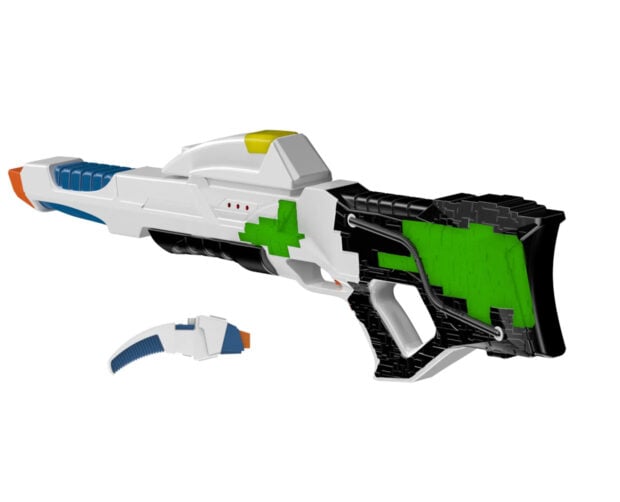