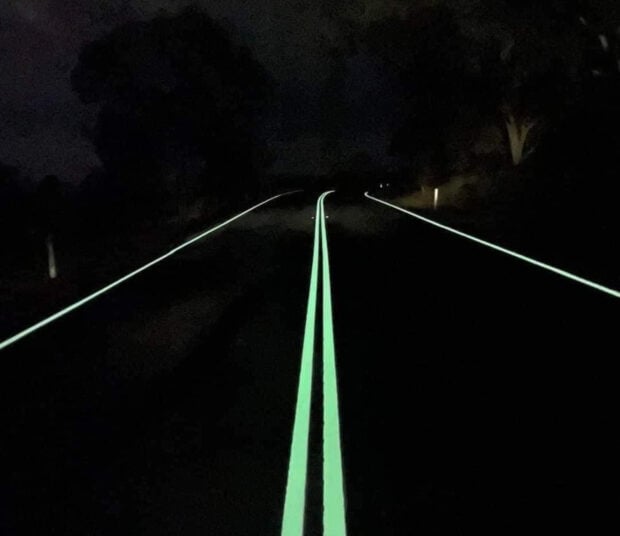 Australian road marking company Tarmac Linemarking teamed up with firms OmniGrip and Vic Roads to develop a new glow-in-the-dark highway paint that can be used to mark road lines that will glow after the sun goes down. How long will they glow? I’m not sure, but presumably at least a few hours. Besides, nobody should be driving after 11 PM anyways. What are you, a vampire? 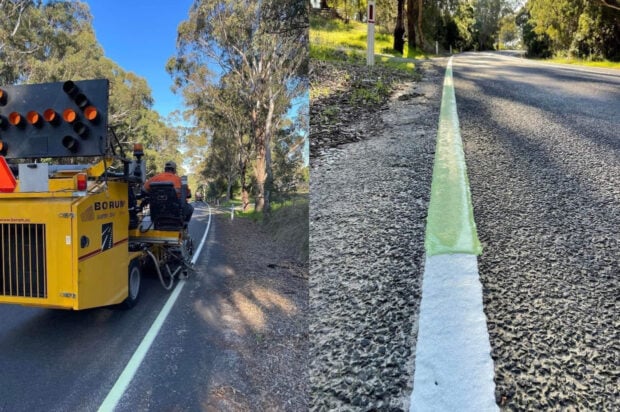 The company has a test road already painted with the fluorescent thermoplastic, where it’s expected to last at least ten years before needing reapplication. That’s not bad. For reference, it would only last one winter where I live before it was all swallowed by potholes. 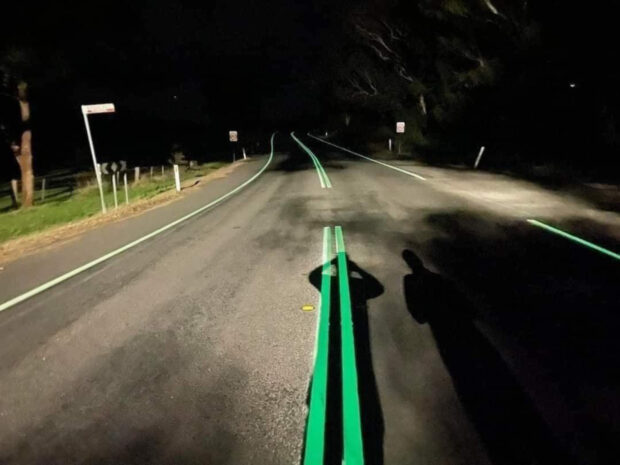 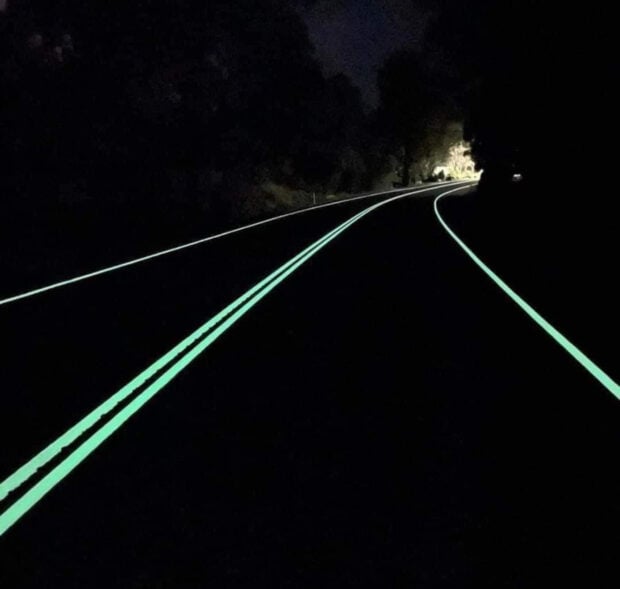