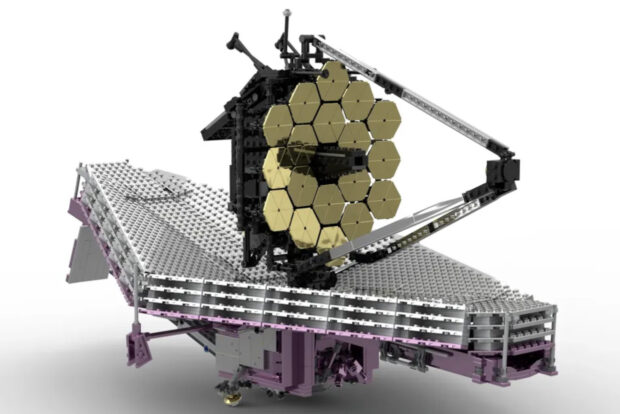 Built by astronomer and LEGO maniac tonysmyuncle (that’s cool, Brent’s my uncle), this LEGO model of the James Webb Space Telescope is constructed as a replica of the one actually sent into space by NASA. It’s currently looking for support on the LEGO Ideas website to be considered for production by LEGO; it’s appropriately scaled to the size of minifigs, who I assume will use it to search for UFOs. 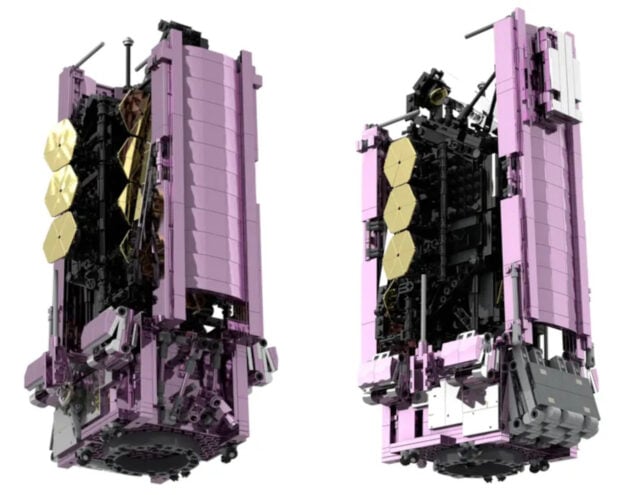 The model can be folded up into its “launch” configuration as if it were in its rocket for delivery into space or unfolded into its full telescopic glory. Its curved primary mirror is made up of 18 movable hexagonal segments, as well as its hinged secondary mirror. In addition, all the JWST’s major subsystems are incorporated, including the science instruments and the propulsion, power, and communications subsystems. It’s basically the real thing! Just smaller. And plastic. And nonfunctional. 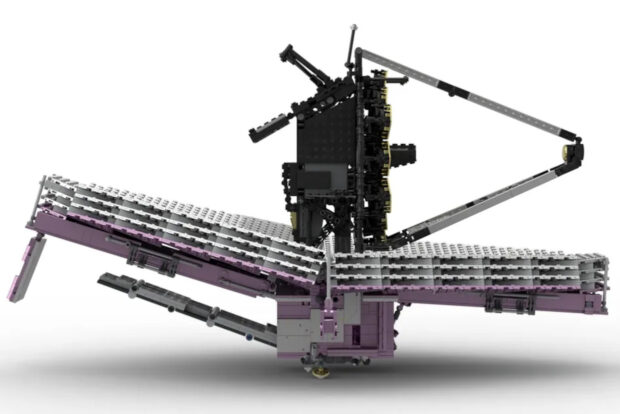 Be sure to pledge your support on the LEGO Ideas website if you want to see the set become a reality, which I do. As a matter of fact, I just pledged my support from all sixteen of my email addresses, so I’ve clearly done my part—fun fact: I was also single-handedly responsible for getting the Mexican Pizza brought back to Taco Bell. Or at least that’s what I tell myself.