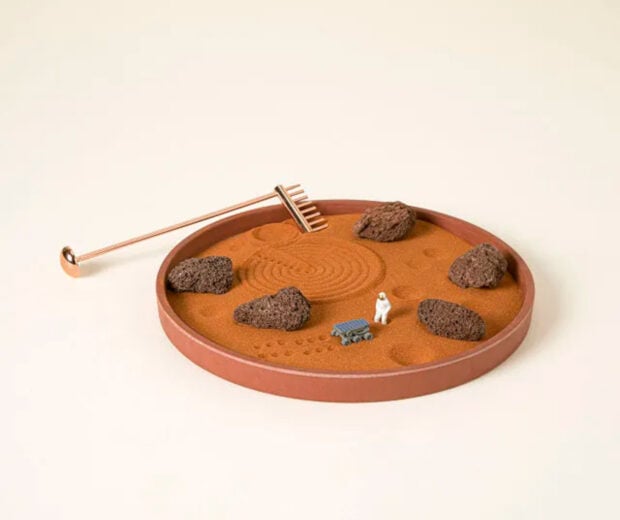 Originally created as places for monks to meditate on Buddha’s teachings, Zen gardens have been miniaturized and available in desktop versions for quite some time now. Just not in interplanetary form, like this Mars Zen Garden available from Uncommon Goods. The desktop meditation garden features a 10″ diameter resin tray, red sand, lava rocks, a tiny astronaut and Sojourner rover, and a rake for making patterns. I am going to have so much fun relaxing and not working! 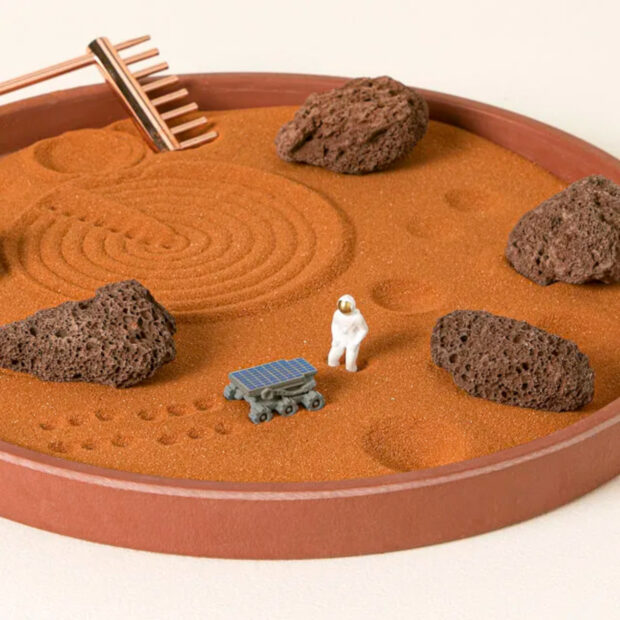 The copper-finish nickel rake features one end for raking and the other for creating craters from meteorite impacts. How realistic. Of course, if they wanted to make it even more realistic, it should come with some alien mini-figures as well. Stop hiding the truth, NASA!

I remember I had a miniature Zen garden in high school to help calm my nerves from the high stress of youth (little did I know!), but my cat Bill eventually knocked it off my desk, and all the sand got lost in the carpet. I suppose I should just be thankful he didn’t decide to use it as a litter box instead. At least there’s that.