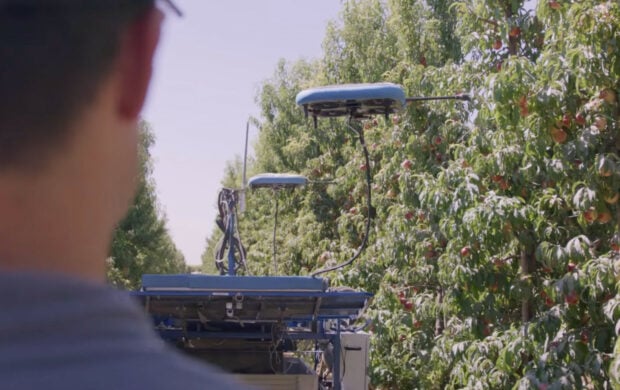 Developed by Tevel Aerobotics, the Flying Autonomous Robot harvester is a collection of tethered drones that can pick ripe fruit from trees. The robots can analyze a piece of fruit for color and ripeness before picking it with its suction arm, being able to identify fruit from leaves or other objects. That’s good because the last thing you want is your fruit-harvesting robots to come back with a bunch of squirrels instead of apples. 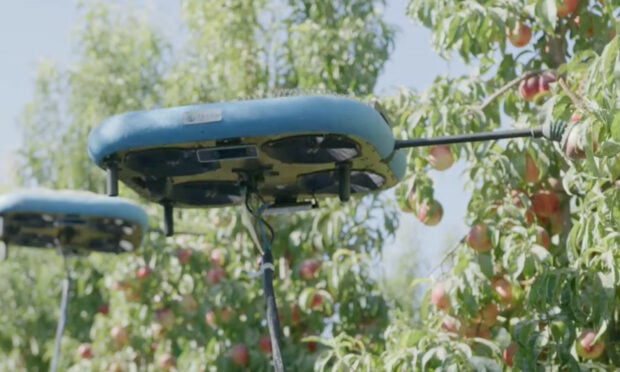 The robots have already successfully been used to harvest peaches, apples, nectarines, and plums, with California-based HMC Farms, which is pleased with the results. According to HMS vice president Drew Ketelsen, “The years of work we’ve put into cultivating high-density orchards are paying off as we implement technology like Flying Autonomous Robot harvesting. This project is still in an early stage, but the future potential is very exciting.” Exciting being relative to just how thrilling you find robotic fruit harvesting to begin with, of course.

First, harvesting fruit to power the humans; next, harvesting humans to power the Matrix. It’s only a matter of time. And I don’t want to be here when it happens, just for the record. And it will happen. I’ve read a lot of robot fan fiction, and 9 out of 10 ends poorly for us fleshbags.