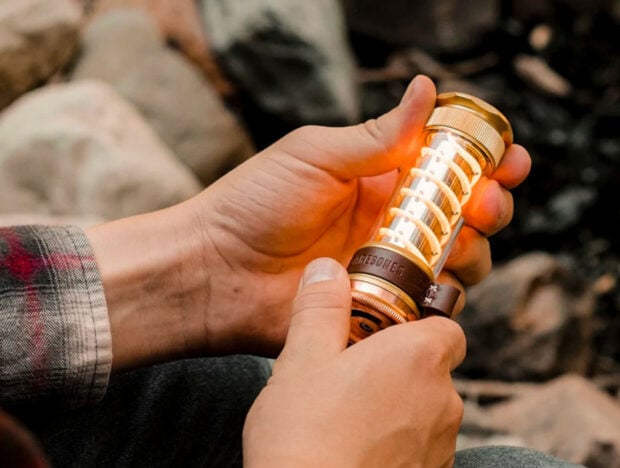 Because who doesn’t want to pretend they’re a steampunk Victorian-age camper braving the wilds, Barebones has created this Edison Stick Light. It’s a small, portable light in the style of a vintage Edison bulb. It’s not actually an Edison bulb, though, just an LED strip that makes it look incandescent. That’s probably a good thing, too, considering actual Edison bulbs are fragile and suck electricity like vacuums. 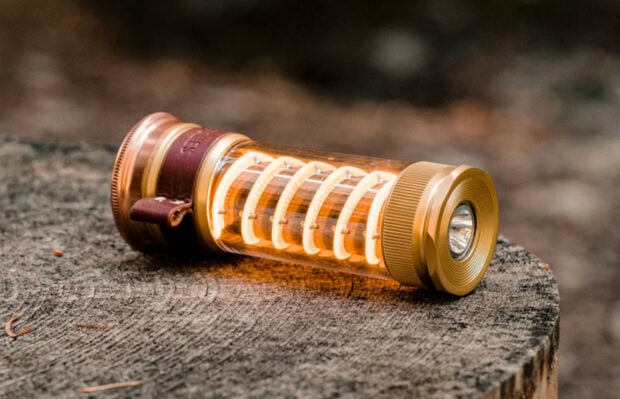 The brass and copper light features a flashlight on one end and a spiraling warm LED strip along its exterior to be used as a lantern. The USB-rechargeable lamp features seven different light modes depending on your lighting needs (there better be a steampunk party mode) and can get about up to 70 hours of use on its lowest setting and 7 hours on its highest. It’ll get 0 hours, though, if you forget to charge it first before leaving. 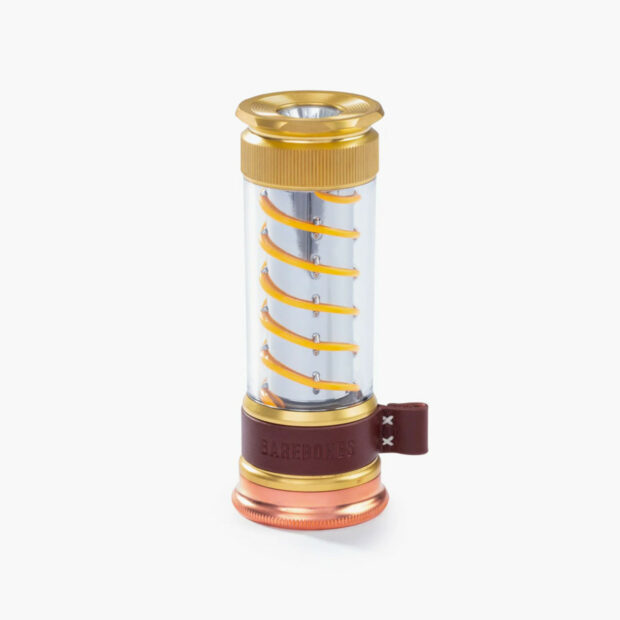 It looks like the steampunk lovechild of a lightsaber and shotgun shell. Is that what they were going for? Because if so, kudos. If not, you could have fooled me. I’m actually incredibly easy to fool, though. The detachable thumb trick? Gets me every time. Also: stealing my nose. 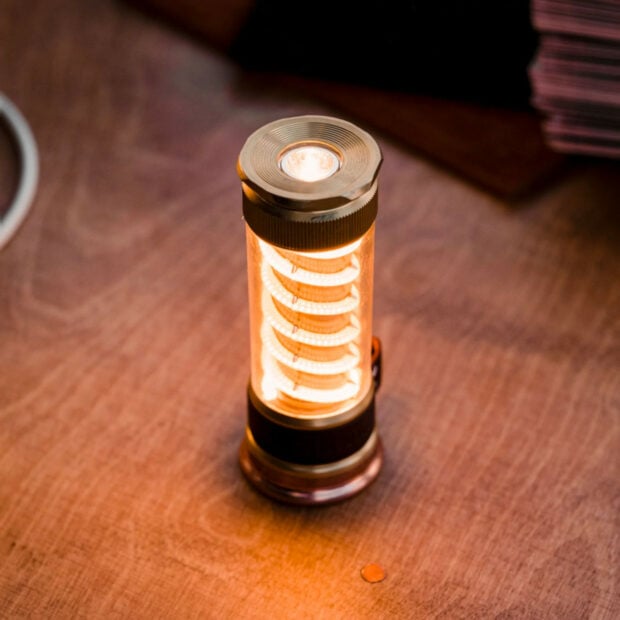