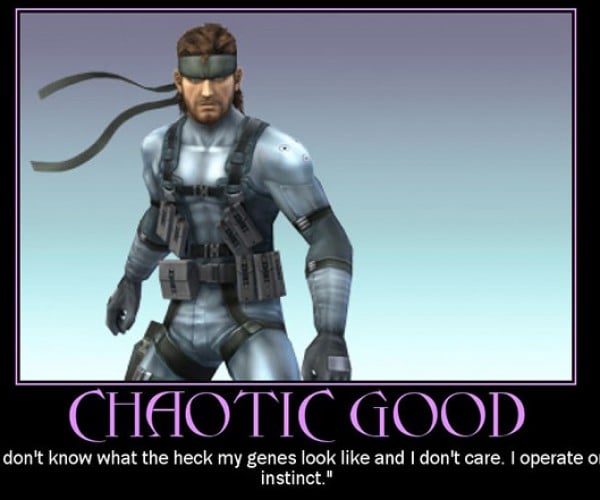 Nintendo’s wildly popular Smash Bros. franchise is a dimension-shattering, world-colliding crossover in itself, but deviantART member Nakabeast added another delicious layer of nerdity by assigning Dungeons & Dragons alignments to some of the series’ most popular characters, like series newcomer Solid Snake: If you think about it, Solid Snake can’t really be anything but Chaotic Good.
Share
Check It Out