Beerbot Shirt: is That a Bottle Opener on Your Chest, or Are You Just Glad to See Me? 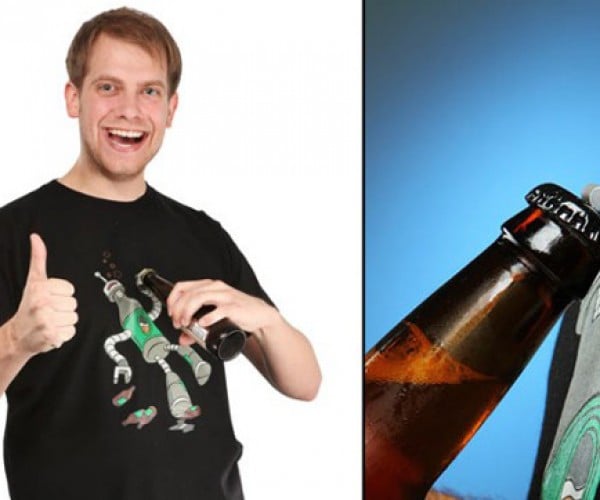 While I don’t drink enough to need an actual t-shirt that has an integrated beer opener, I guess that for some people, this might be very handy indeed, especially during Spring Break. The flexible-armed robot on the BeerBot T-shirt actually makes me think of Bender from Futurama, which just started its sixth season on Comedy Central, and does not have its own beer-bottle opener t-shirt (yet.)
Share
Check It Out