Think a GoPro on Your Dog Is Cool? How About Video Cameras on Beetles? 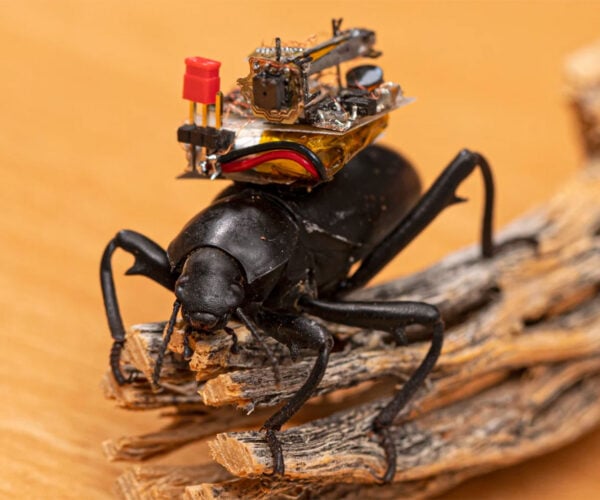 Strapping a GoPro onto your pet can result in some pretty amusing video footage. But what if you prefer insects to mammals? There’s no way you could fit a regular action camera onto one of those, unless it’s one of those giant bird-eating spiders you find in South America maybe.
Share
Check It Out

Open Your Bottles with a Beetle 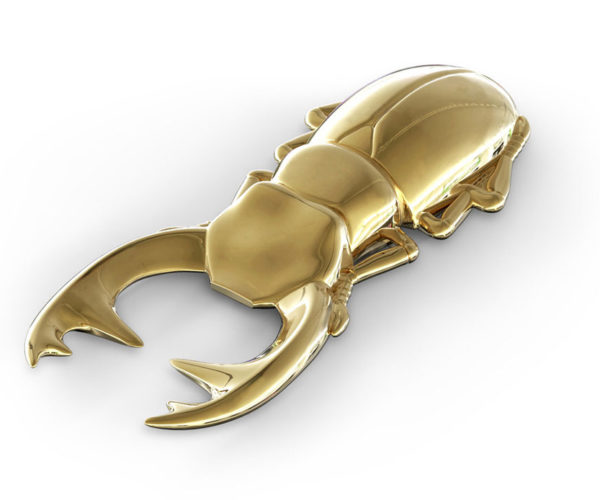 I don’t know what it is about horned beetles, but I find them quite creepy. I think it must have been that scene from The Mummy where one crawled under the guy’s skin, or when thousands come crawling out of the ground in The Mummy Returns.
Share
Check It Out

Giant Beetle Plush Toys Are What Every Kid Wants 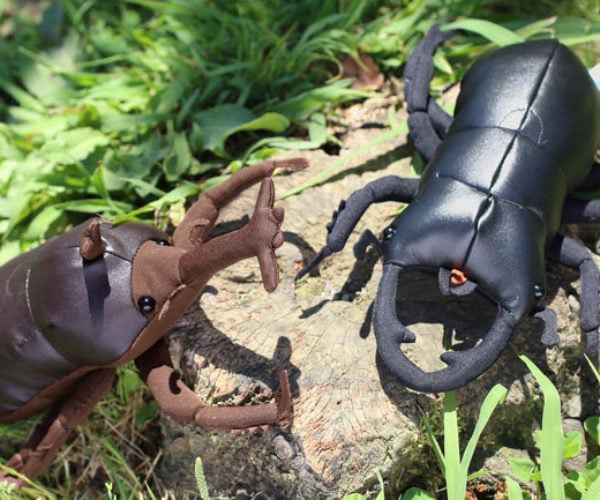 Forget buying a Nintendo Switch, the Japanese toy kids want these days are these stuffed plush toys that look like gigantic beetles. Strapya-world has a pair of plush beetle toys with one that looks like a giant stag beetle and another that looks like a rhinoceros beetle.
Share
Check It Out 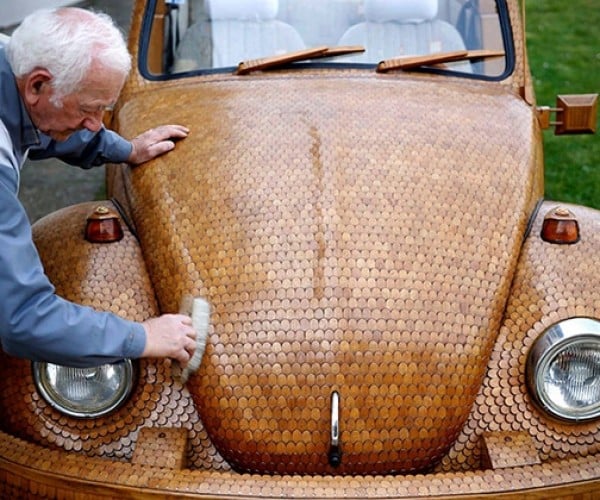 This awesome Volkwagen Beetle is made of wood so you can bet it takes a lot of wood cleaner instead of a good waxing. It was made by Momir Bojic, from Bosnia. He doesn’t have to worry about rust so much as termites.
Share
Check It Out 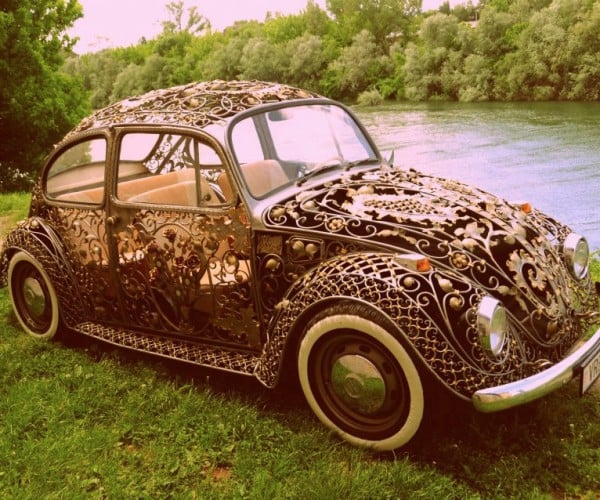 If cars were made of metal that looked like lace, the road would be a classier place. Croatian metal shop MG Vrbanus had three artists modify this 1970 Volkswagen Beetle and that is just what they did.
Share
Check It Out 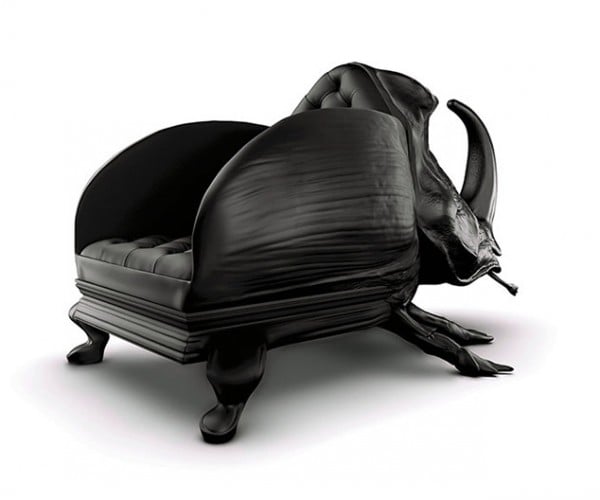 If you are a fan of the Beatles, disregard this chair. However, if you are a fan of actual bug beetles you are going to love this. This huge and very comfy looking Rhinoceros Beetle chair is fit for a beetle king.
Share
Check It Out

Does It Bug You That There’s a Beetle Stuck on the Back Of Your iPhone 4? 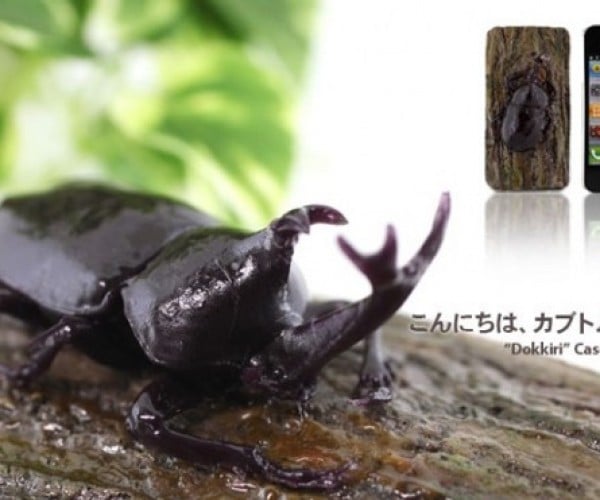 I’ve seen a whole lot of quirky and out-of-this-world cases for Apple’s über-popular smartphone, but this one still managed to take me by surprise. First, because I don’t really understand what could be going on in the minds of the people who came up with this.
Share
Check It Out 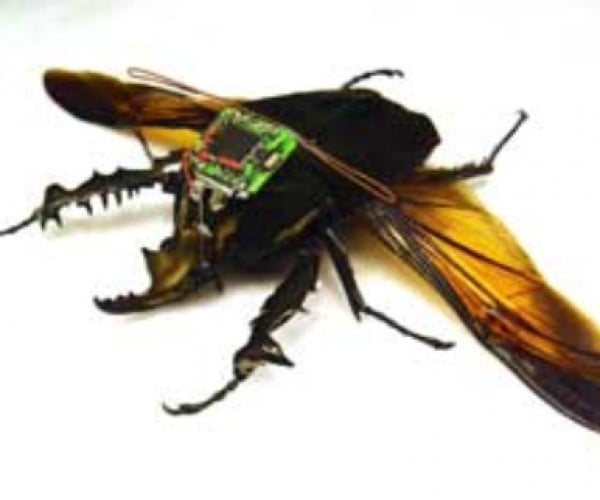 Oh crap. I knew it. Those stupid robots at SparkFun’s race were publicized to lull us all into a false sense of security: “Wow it just went for a dive at the lake HAHA st00pid botz.”
Share
Check It Out 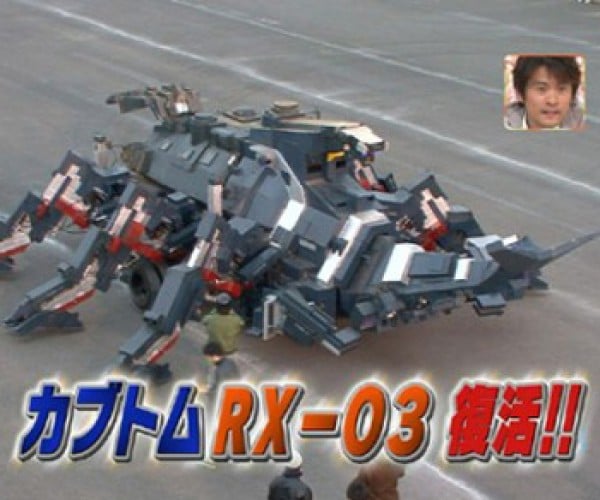 The classic anime series Patlabor was set in the late 90’s/ early 2000’s. In it, the Tokyo Metropolitan Police use giant humanoid robots to fight crime. While they’re not quite there yet,there is absolutely no doubt in my mind that the Japanese will reach that level of awesomeness, such that geeks will commit crimes just so they can be arrested by giant robots.
Share
Check It Out