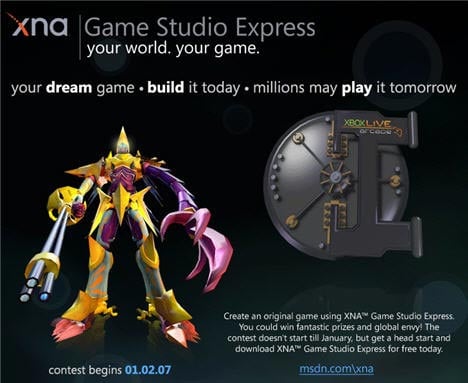 A while back, we reported on the availability of Microsoft’s XNA Game Studio Express, which allows you to roll your own homebrew games for the Xbox 360 and the Xbox Live Arcade. Starting on January 2, 2007, you’ll be able to participate in Dream Build Play, a competition offering a shot at prizes including a chance to distribute your gaming creation on the Xbox Live Arcade.
Share
Check It Out