Primitive Predator Costume: Get to the Cave! 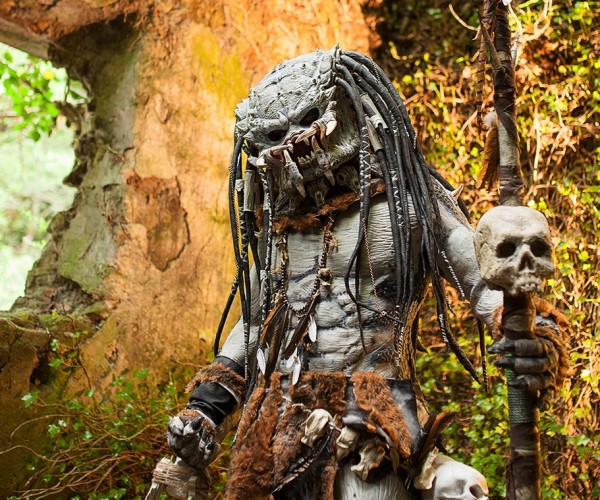 Man, this Predator costume is super realistic and scary as hell. I know what you’re thinking. That looks awesome, but surely I’m not going to get all of those accessories and that cool staff. For $3,396.58(USD) you get everything shown.
Share
Check It Out

If Darth Vader Joined the Cast of 300 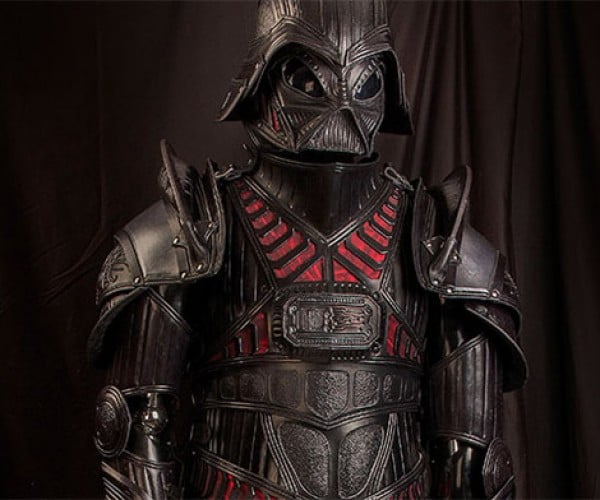 Look at this awesome Darth Vader costume by Prince Armory. The outfit reminds me of something that Vader would have worn if he were part of the mystic hoards that set upon the mighty 300 at the Hot Gates.
Share
Check It Out

This Stargate Cosplay is Awesomely Adorable 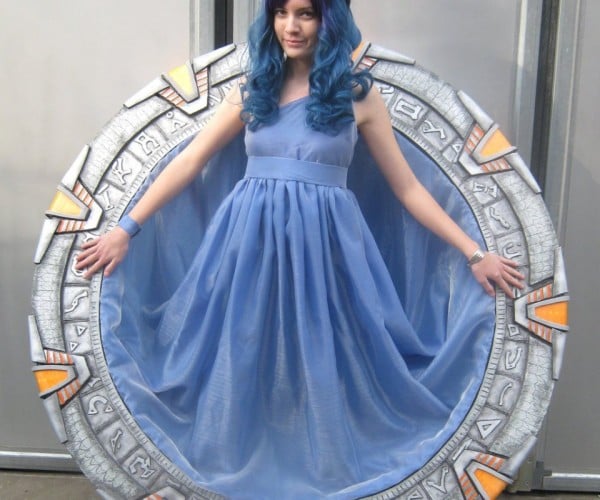 If you are going to cosplay someone from the Stargate show, you don’t mess around with any of the charcaters. You go straight for the Stargate itself. This costume that looks like a Stargate is as complicated as the real stargate from the show.
Share
Check It Out 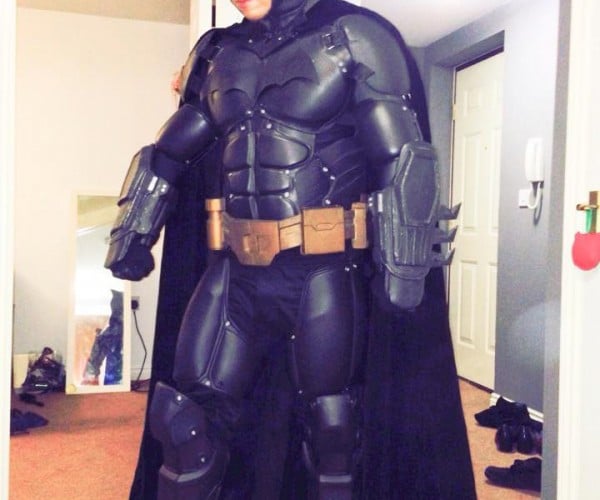 Stevie Dee’s 3D printed Batman Arkham Origins costume isn’t as polished as the 3D printed Samus Aran costume that we saw last year, but it still looks awesome. And you can have one. Stevie made the 3D files on his own, then sent them to Tundra Designs to be printed and finished.
Share
Check It Out 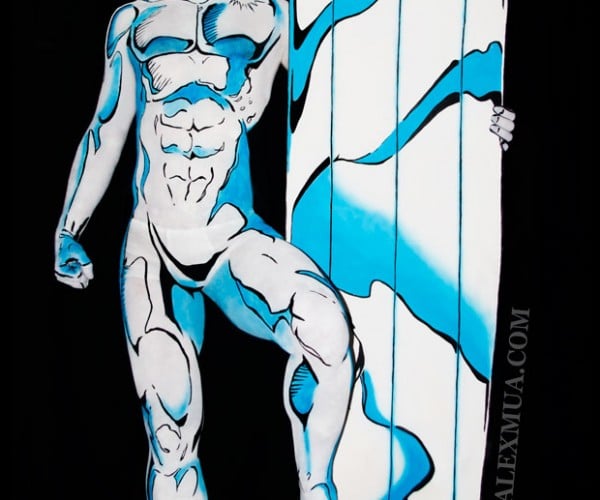 A couple of weeks ago we saw a Gundam model that was painted to look like its original anime counterpart. Makeup artist Cris Alex went for a similar two-dimensional effect, but on a whole person. Cris based her project on the cover of Silver Surfer vol.
Share
Check It Out 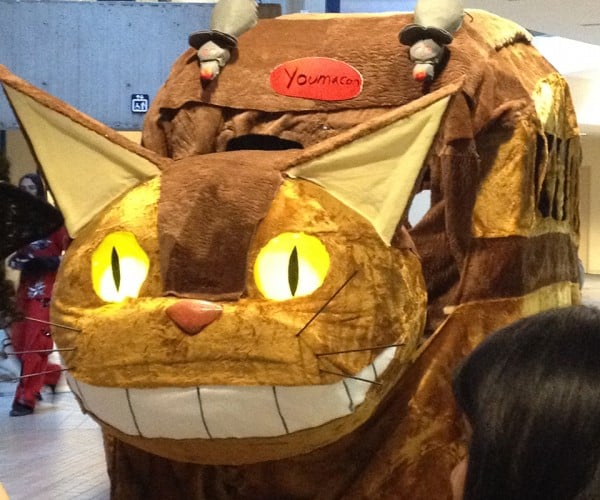 Attendees of the 2014 Japanese pop culture convention Youmacon were greeted with one of the largest costumes I’ve ever seen. It’s a cosplay of Catbus, the Cheshire Cat-like creature from Studio Ghibli’s My Neighbor Totoro. Here’s deviantART member EmilytheNeko’s first hand account of the cosplay: “THIS CATBUS WAS AMAZING IT MOVED IT WAS HUGE YOU COULD CLIMB INSIDE IT OMFG” Nerd Bacon writer Sarus Vakarian originally uploaded the image above, while YouTuber Hiro Konobu recorded the video below: I love that its destination sign says “Youmacon.”
Share
Check It Out

Rocket Raccoon Cosplay: Ain’t Nothing Like This… Except This 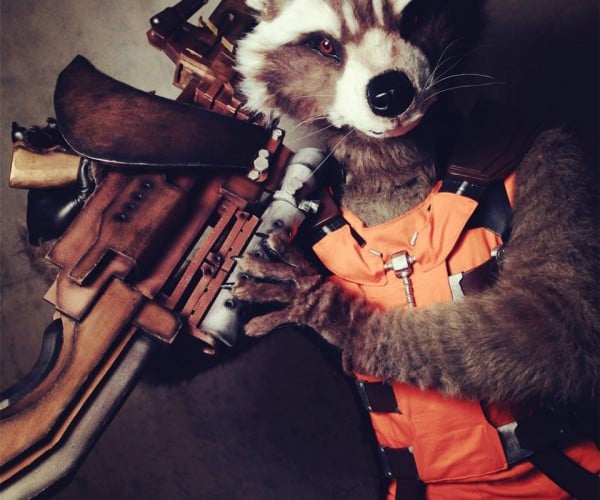 Cosplay can be sexy, funny, and just plain weird. This Rocket Raccoon cosplay certainly falls into that latter category. It’s weird, but still really awesome. The costume was made by Shoko and Jérôme Cosplay.
Share
Check It Out 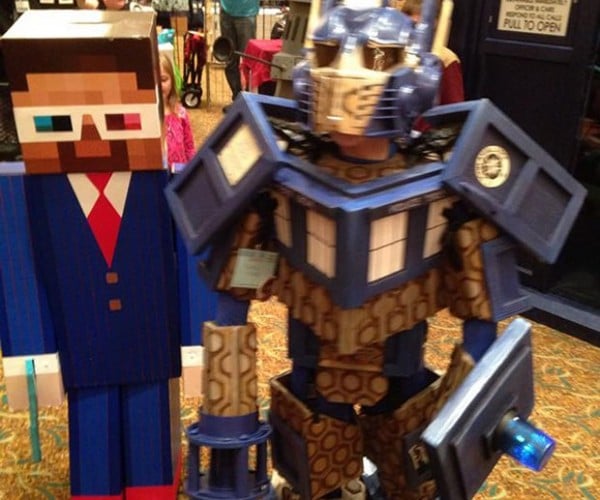 It’s the 10th Doctor from the Minecraft universe. And TARDIS Prime. Hmmm. If TARDIS Prime is bigger on the inside then couldn’t he have all of the transformers inside of him? And is he driven by the Minecraft Doctor or is he just visiting from a parallel universe?
Share
Check It Out

DIY Cyberpunk LED Eyes: I Ask for This 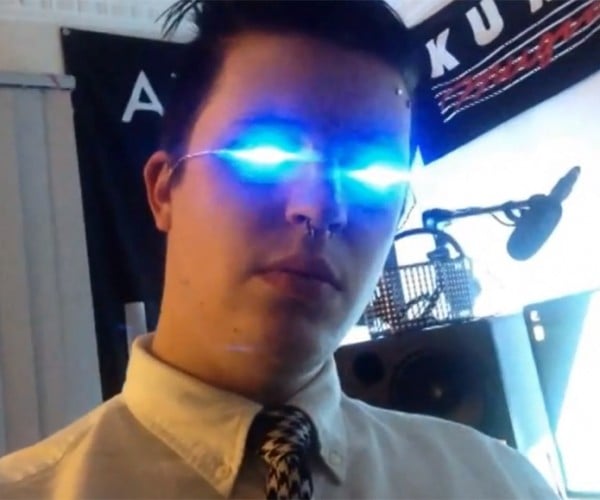 Want to make a Shadowrun, Deus Ex or any cyberpunk or sci-fi costume? Adaruit contributor Tully Jagoe has a great accessory that you might want to replicate. Tully made a head-mounted array of small LEDs that make his eyes – or whatever part of your face you put them over – appear to be made of light.
Share
Check It Out 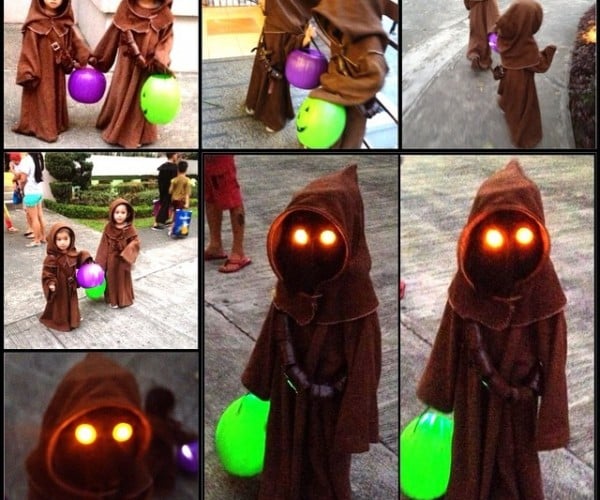 These kids wanted to be Jawas for Halloween this year so their parents agreed. Don’t they make the cutest Jawas this side of Tatooine?
Share
Check It Out 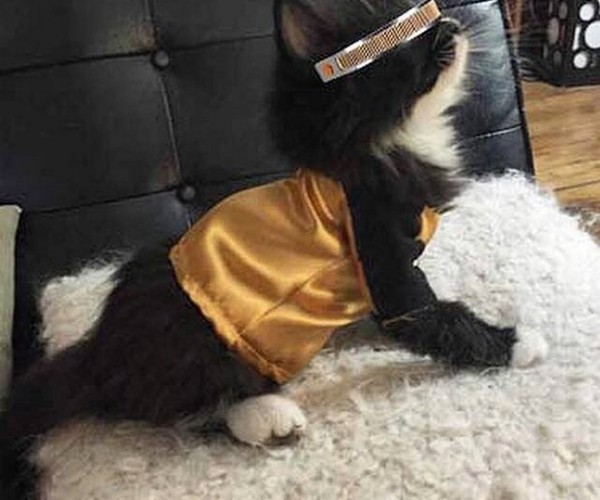 If you ever find yourself fostering a kitten in the month of October, you kind of have to dress them up. Kitties love Halloween as much as you do. They just prefer treats and wet food to candy.
Share
Check It Out 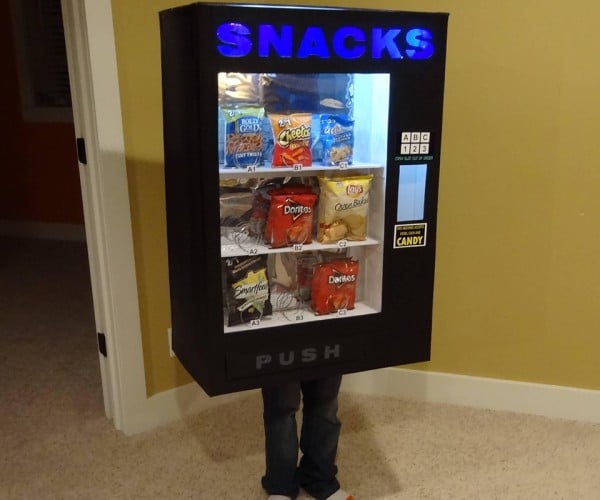 Like many parents, Redditor MoobyTheGoldenCalf must have told his son that he can be anything he wants to be. Because for the past few Halloweens, his son has requested to dress up as a variety of inanimate objects, from a traffic light to a mailbox.
Share
Check It Out 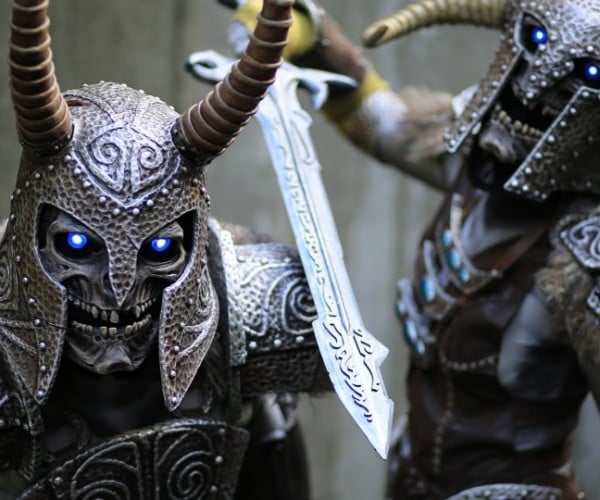 You may not be familiar with GeekGirlCon. It isn’t one of the biggest conventions, so that’s understandable. However, there are some amazing things happening there. Amazing and scary.
Share
Check It Out

This Female Darth Maul Is Just as Terrifying as the Original 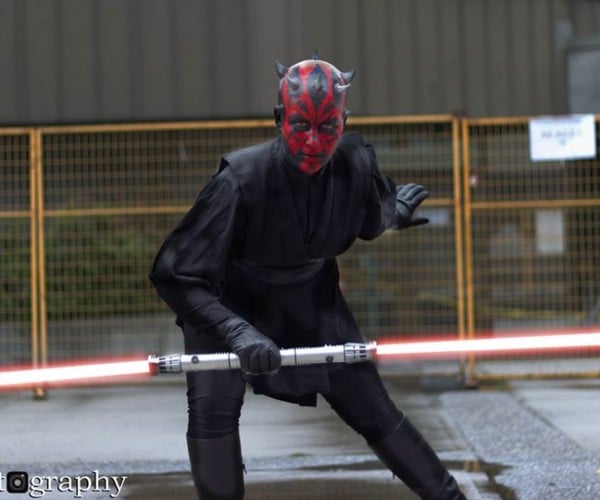 Darth Maul, along with Liam Neeson, was one of the shining moments that proved that Star Wars: Episode I could have been a fantastic film. Removing annoying alien (and keeping George Lucas away from the script) would have been great, as many of the individual elements of the movie were great.
Share
Check It Out 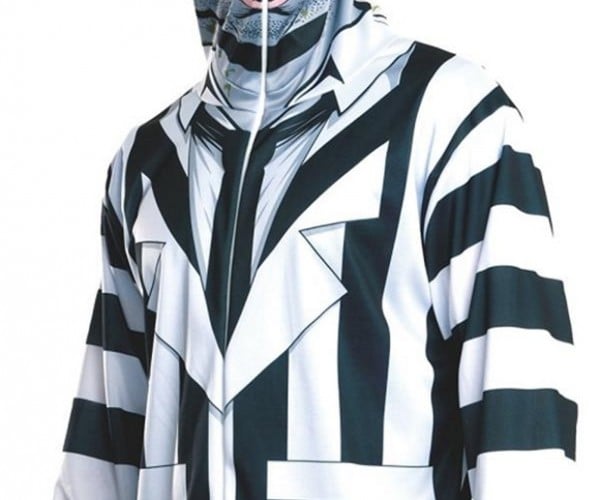 Beetlejuice. Beetlejuice! Beetlejuice!!! Say his name three times and this Beetlejuice costume hoodie will turn you into Betelgeuse, just in time for Halloween.
Share
Check It Out 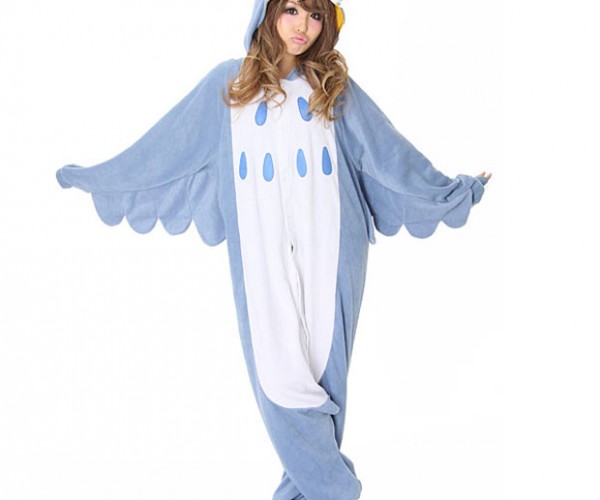 If you are the sort who likes to wear pajamas, but not just any old PJs you pick up down at the store, check this out. ThinkGeek has a slew of jammies right out of Japan called Japanese Kigurumi Cosplay Pajamas.
Share
Check It Out
« Previous
Next »
‹ Prev123456789101112Next ›17 »|