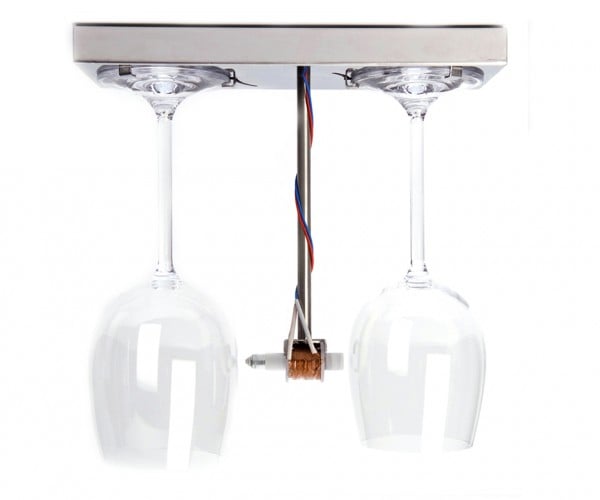 Smart doorbells are all the rage these days, but I’d rather have Droog’s Bottoms Up Doorbell. Invented by Peter van der Jagt, this delightful mechanical doorbell strikes two wine glasses to produce sound. Check out one of the shortest YouTube videos ever made to hear what it sounds like: You can buy the Bottoms Up Doorbell from Lumens or Amazon for around $290 (USD).
Share
Check It Out

The Guitar Doorbell: Strum on In 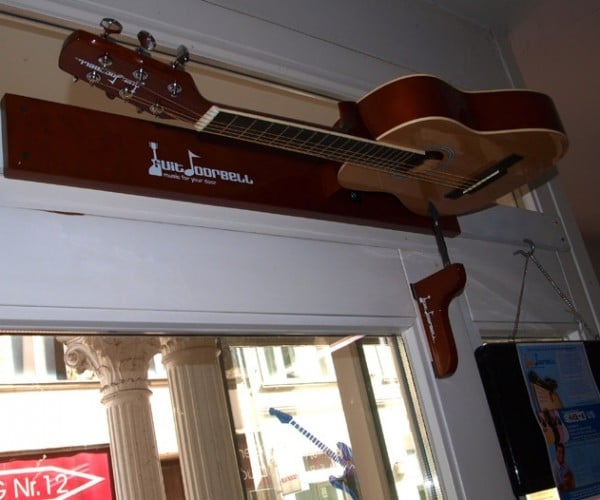 Are you tired of the standard ding-dong of your doorbell? Maybe it’s time to welcome your guests to the sounds of a guitar. When people walk into you home or business, they will be greeted by the strumming of a guitar with the Guitar Doorbell (aka the “GuitDoorbell”).
Share
Check It Out

Super Mario Bros. Doorbell: Did Someone Call a Plumber? 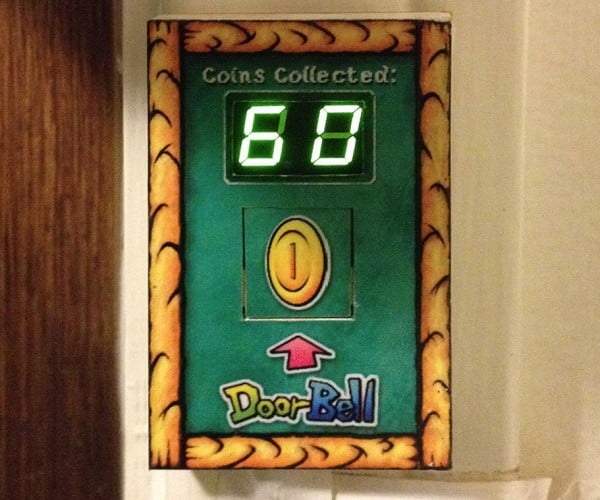 If you want to announce your love of Super Mario Bros. to your guests before they even enter your home, you need this doorbell. YouTube user Joe Tsai designed this Mario themed doorbell that chimes with the sound of coin collecting from the game.
Share
Check It Out

iDoorCam Lets You Check Who’s at the Door, Even When You’re Not Home 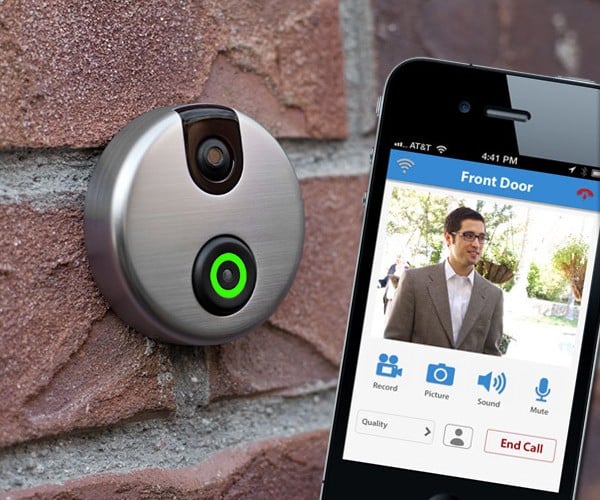 Are you too lazy to get the door? Have you ever lugged yourself out of bed to the sound of the doorbell ringing, only to open it and find that there’s no one there? Or did you open it to find one of those annoying salesmen who just can’t take a hint?
Share
Check It Out

DoorBot Lets You Remotely Answer the Door with Your Smartphone 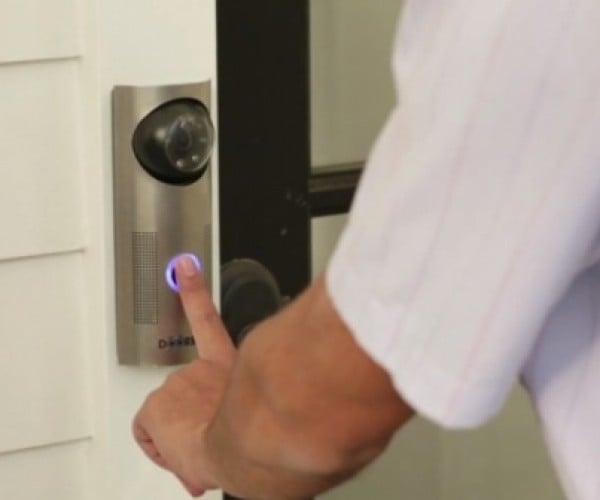 Picture this: you’re curled up on the couch with a blanket around you, sipping from a mug of hot cocoa after you started up your favorite movie. As the title credits roll, the doorbell rings. You’re not expecting anybody and you didn’t order any takeout, so who could it be?
Share
Check It Out

Man Hacks Doorbell, Turns It Into a Key 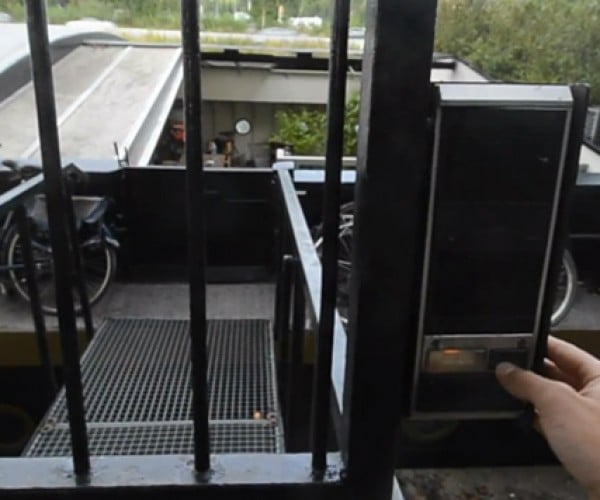 Piet De Vaere read about a hack made by Steve Hoefer, in which Steve made is to he could unlock his door using a secret knock. Piet was becoming annoyed that he had to take out his keys to unlock his gate, so he decided to mimic Steve’s project to solve his first world problem, except he decided to make a secret doorbell code.
Share
Check It Out 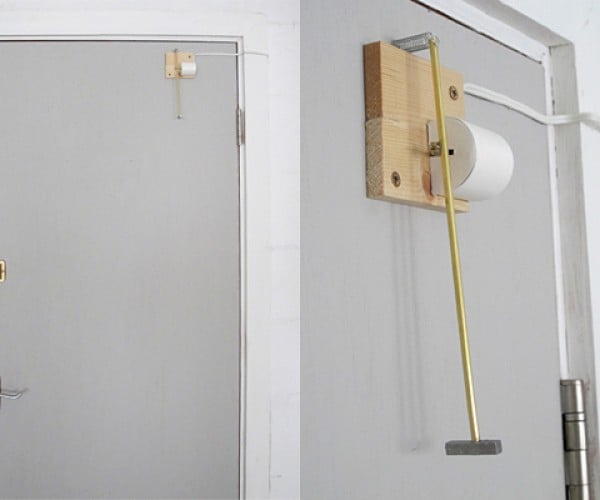 Here’s a trollish concept for a doorbell by designer Bobby Petersen called the Door Knocker. When you press its button you’ll hear three knocks instead of a ding or a dong. It’s not a recorded knocking sound either: the contraption will actually knock on the door.
Share
Check It Out 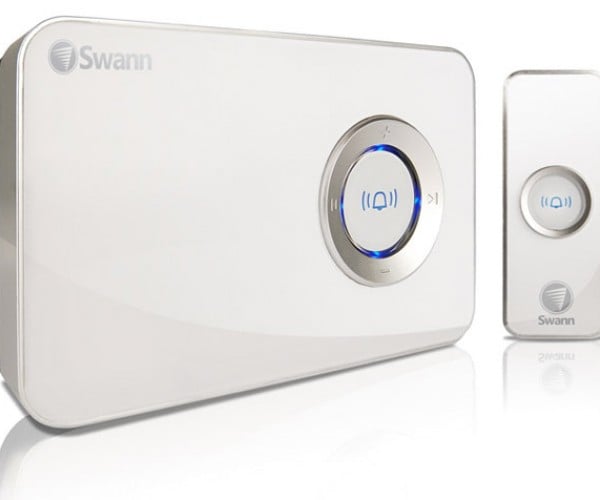 I’m sure at one point somebody thought ring tones were pretty stupid. Today we have all sorts of ring tones for music the other things that we hear everywhere we go when someone’s phone rings. I think Swann may have just kicked off a new fad for doorbell ring tones.
Share
Check It Out

DIY Doorbell Will Make You Wish for Visitors 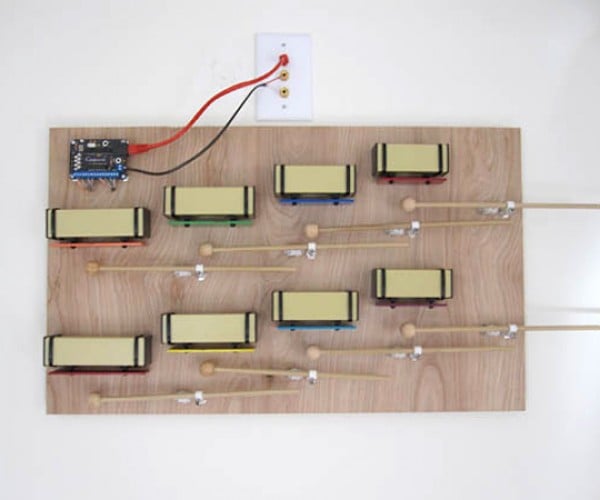 David Watson hated the doorbell in his current house. The one in his old house had actual chimes, but this one played a “terrible recording” instead. So when he set out to make his own doorbell, he wanted one that sounded great.
Share
Check It Out 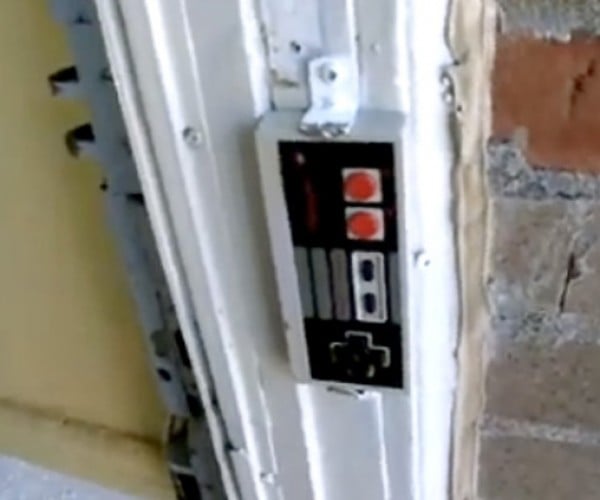 To whoever made this fun doorbell: wouldn’t it be more awesome if you had to punch in the Konami code before it rang? Requiring the code will also deter naughty neighbors who’ll no doubt be compelled to play with the doorbell.
Share
Check It Out

Nuclear Doorbell is the Most Annoying Way for Visitors to Announce Their Arrival, Ever. 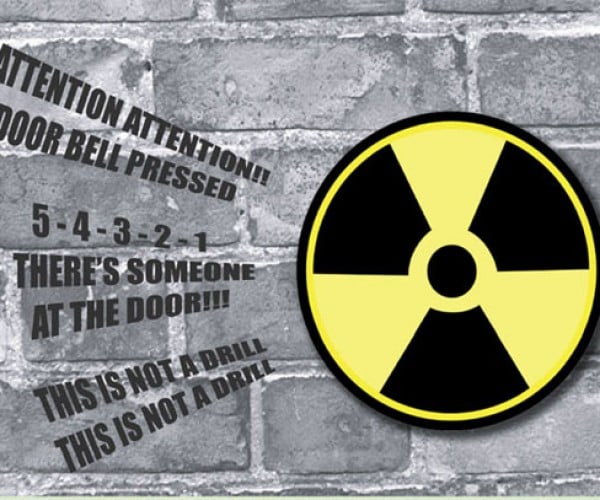 Are you constantly missing the UPS guy because you didn’t hear them knock on the door? Or maybe you’re just sick of the old “ding-dong” of your doorbell. Well this doorbell is most certainly going to get your attention – or at least annoy the crap out of you.
Share
Check It Out

Wireless Bird Doorbells Sure to Get Your Cat’S Attention 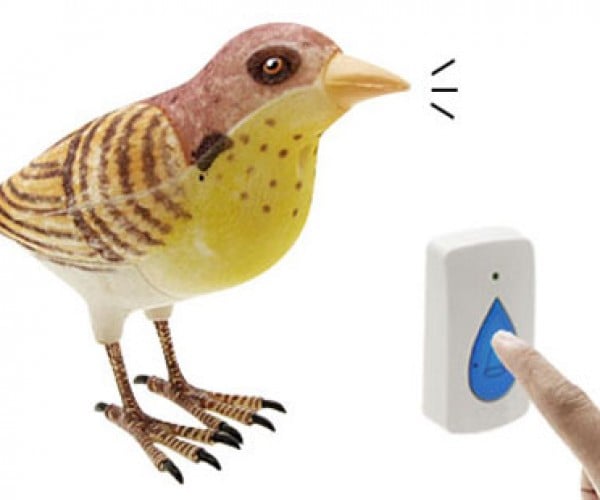 Personally, I’ve got no problem with the traditional “ding-dong” when solicitors come to my front door (it’s the solicitors themselves that I have an issue with). But you nature-lovers out there might like something a little more organic when the doorbell rings.
Share
Check It Out

Mobile phones proved that people were sick and tired of the old standard phone ringer, so why don’t people feel the same about their doorbells? The NetStreams DoorLinX lets you upload your favorite (non-DRM’ed) MP3 track to your doorbell via WiFi, and replace the classic “ding dong” sound with any sound you want.
Share
Check It Out