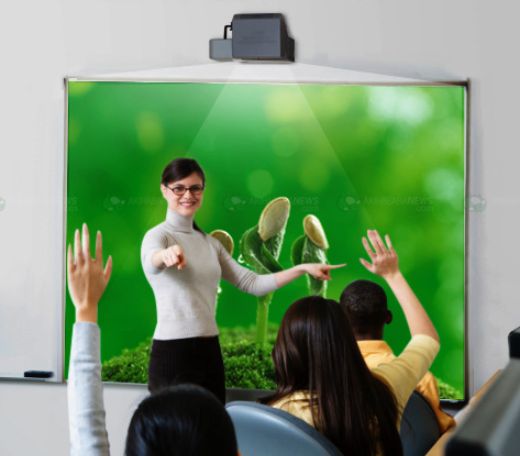 Sanyo’s breakthrough short throw projector design may well revolutionize the front projector market. By radically altering traditional projection optics, they’ve been able to design a projector capable of filling a wall from as little as 3-inches away.
Share
Check It Out 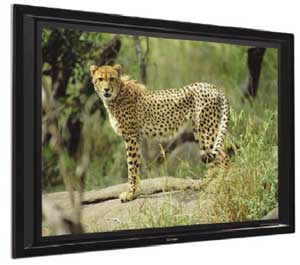 Reception was lukewarm to last year’s release of Sony’s ChromaVue front projection screen that provided the ability for Sony front projectors to work in brightly-lit rooms. The screens did improve image contrast, but exhibited problems with hotspotting and off axis viewing.
Share
Check It Out 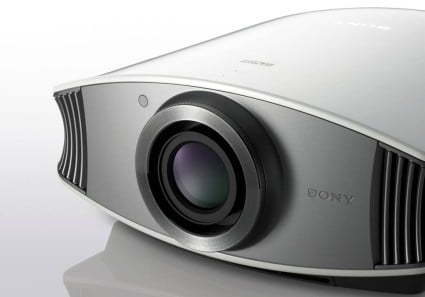 Details in a Japanese press release give insight into a new SXRD front projector from Sony, codenamed “Pearl”. The VPL-VW50 projector will be 1080p native (1920×1080) with a contrast ratio of 5,000:1. The projector features a 200-watt mercury lamp, a low noise fan system claimed to run at just 22dB, a 1.8x zoom lens and dual HDMI inputs.
Share
Check It Out