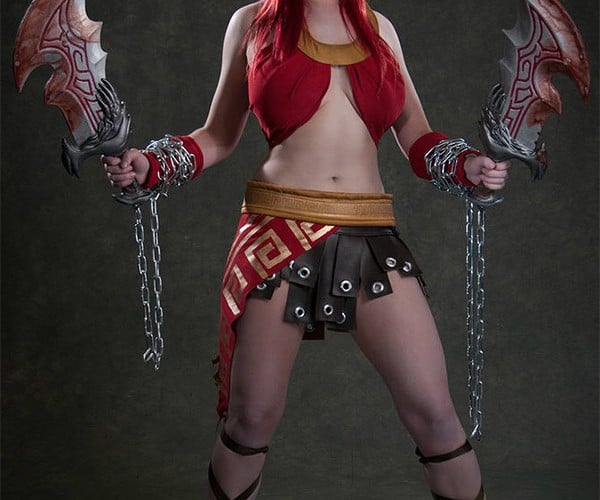 Chicks might dig the rippling muscles and bald head of Kratos from the God of War games, but for those of us who prefer our eye candy to be of the female variety, here’s something you guys will like.
Share
Check It Out

Kratos in Every Game? 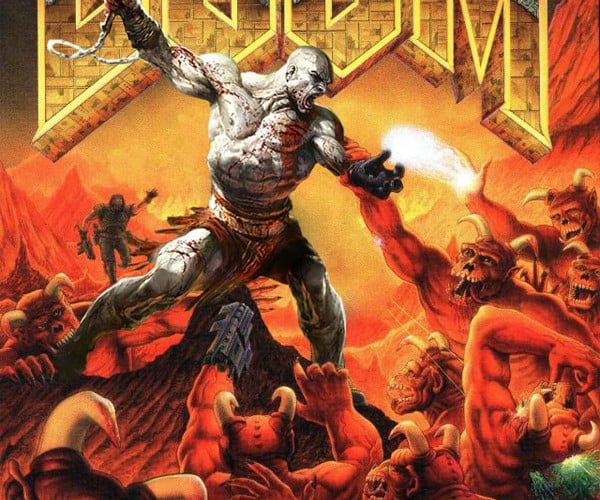 So what would happen if Kratos busted out of his God of War franchise and made his way to some other games? This…
Share
Check It Out 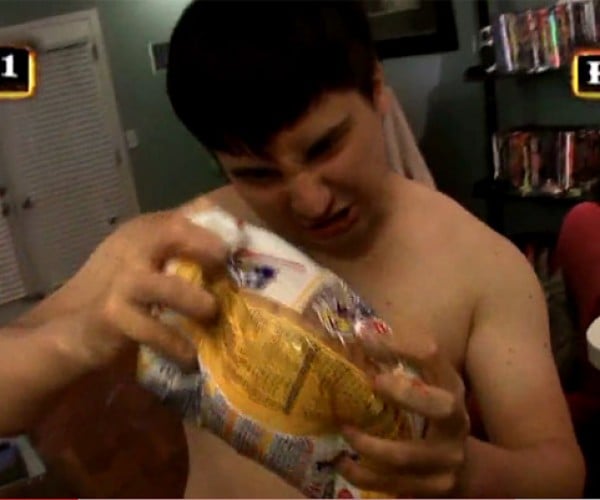 I featured this funny video a while back over on The Awesomer, but realized that many of you guys never got a chance to see it. What we have here is a brief video showing off what it might be like if God of War’s Kratos were actually a scrawny shirtless dude in his underwear, and he had to make a PB&J sandwich.
Share
Check It Out 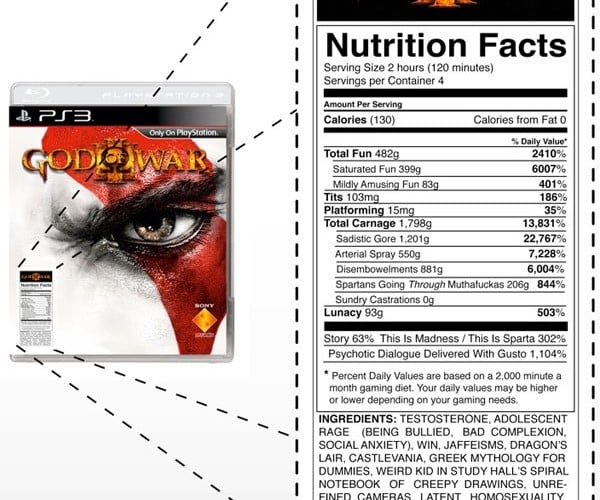 Somehow, I managed to miss the fine print on the front of the God of War III box cover.
Share
Check It Out 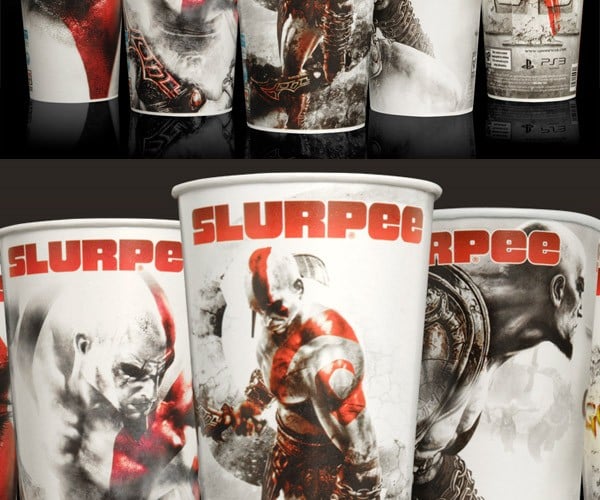 I sure loves me some God of War. Now combine that with a sugary sweet Slurpee and I’m in geek heaven. Thanks to the guys over at 7-11, I can enjoy both in a single slurp.
Share
Check It Out 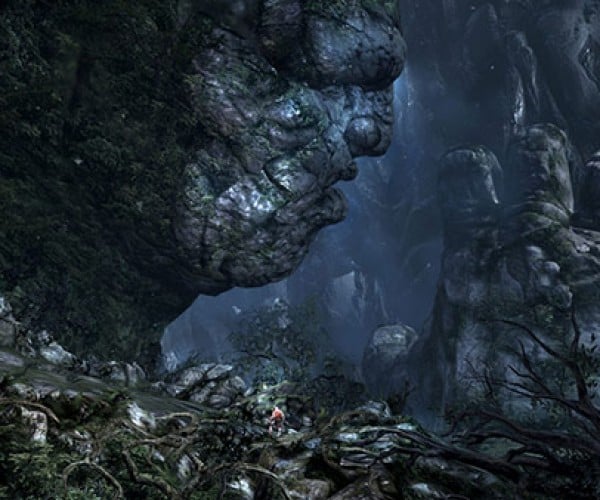 The video gaming part of the internet is abuzz right now with God of War III’s insanely giant creatures and/or environments. And if you’re a fan of the series, you’re probably pretty envious of people like Nick Chester of Destructoid, who were lucky enough to be allowed to play the demo involving Kratos fighting a giant water crab monster thing while the two are on the arm of the gigantic Titan Gaia.
Share
Check It Out 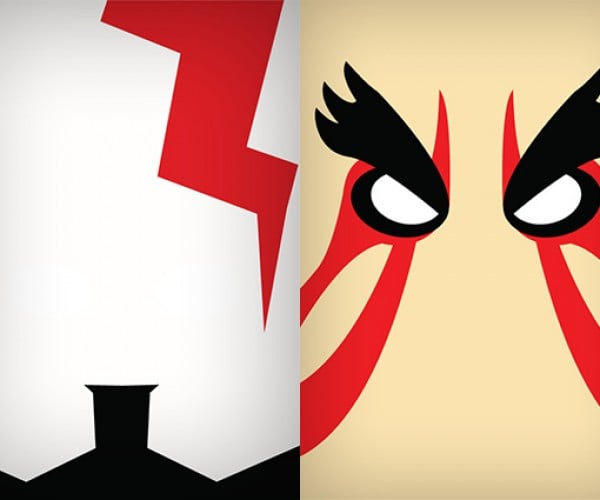 Compared to 15 pixel videos of games, these minimalist prints of video game characters are much more recognizable. Of course it helps that the characters shown are very popular. Or did they become so popular partly because they have such recognizable features?
Share
Check It Out