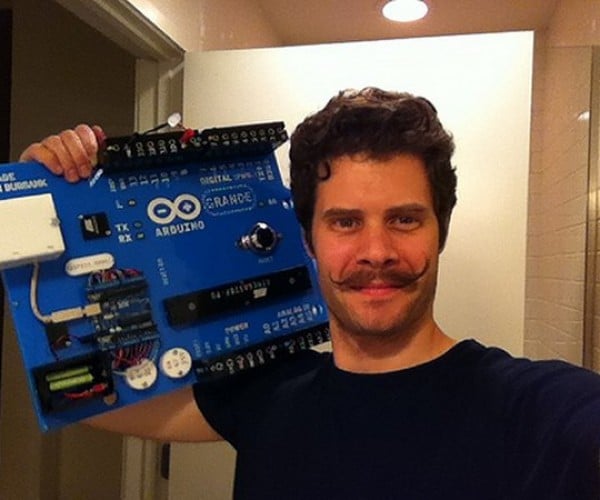 Arduino microcontrollers can do so many things and can be found in robots, video game hacks, you name it. The small size and programmability of these boards makes almost anything possible. But what if you want a huge Arduino… for reasons unknown and unfathomable?
Share
Check It Out

Recycled Steel Ravage Transformer: An Oldie but a Goldie 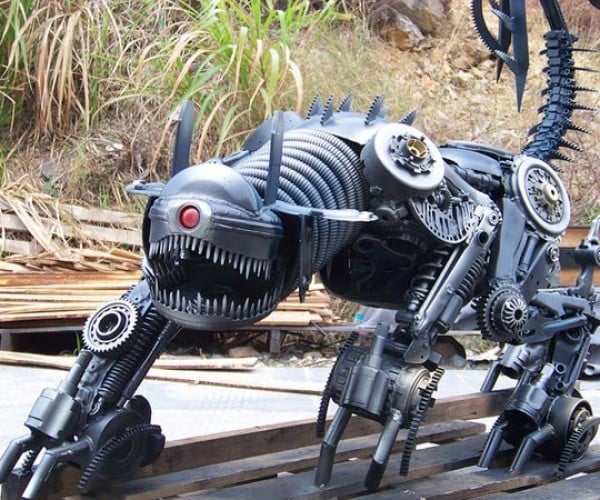 For his day job, Alan Yang sells hand-painted bone China wares, but this robot is anything but that. He’s also one of those Chinese guys who likes to make awesome steel Transformers, and is part of the crew that made some of those gigantic IRL metallic bots.
Share
Check It Out

LANDBEARSHARK Motorized Skateboard with Treads: Another Way to Die? 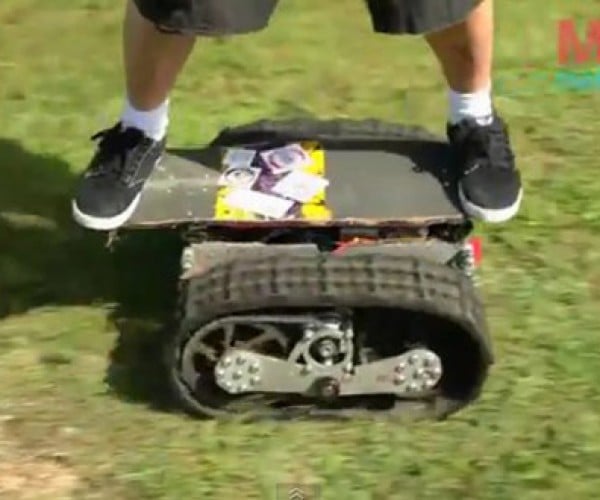 Ever since I first saw motorized skateboards, I always thought that there were a really great way to get around. Now that I’m older and saner, I know for a fact that these contraptions can’t be too safe, especially when you don’t have many ways of slowing down.
Share
Check It Out

555 Timer Chip Footstool: IC Your Feet on It 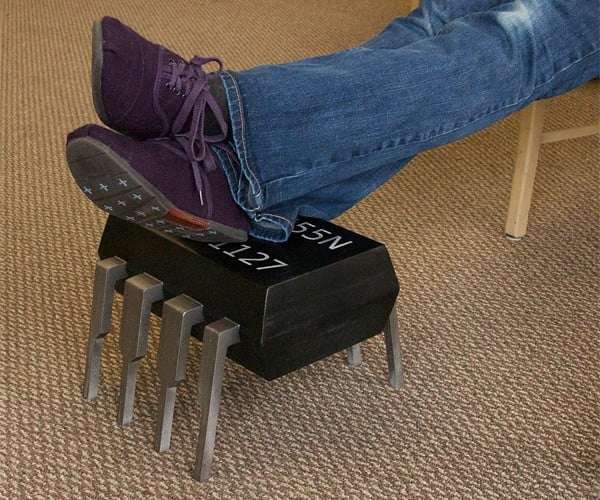 I really love the guys over at Evil Mad Scientist Laboratories. First off, they’ve got a great name. Second, they’re always coming up with fun and frivolous geek projects like this handy footstool – in the shape of the classic 555 timer chip.
Share
Check It Out 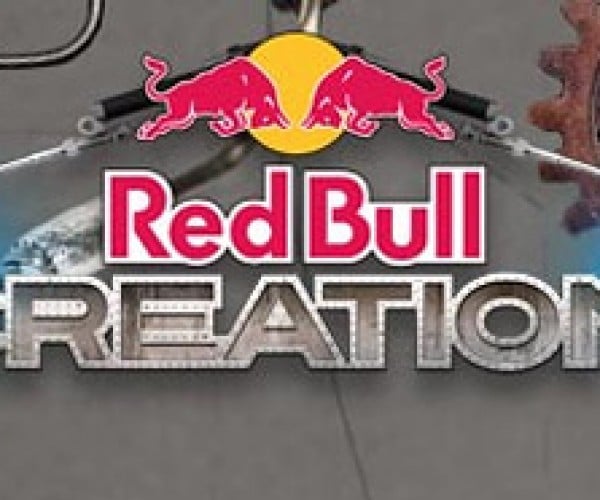 I usually associate the Red Bull name with large amounts of caffeine, and maybe the occasional cool extreme sports event, but this is the first time the Red Bull name is connected with the DIY/Maker movement – other than the mass-quantities of the sugary concoction geeks down on a regular basis, and the ridiculous “flying” machines which find their way to the Red Bull Flugtag.
Share
Check It Out

DIY 3D Printer: Straight Out of Science Fiction Into Your Basement 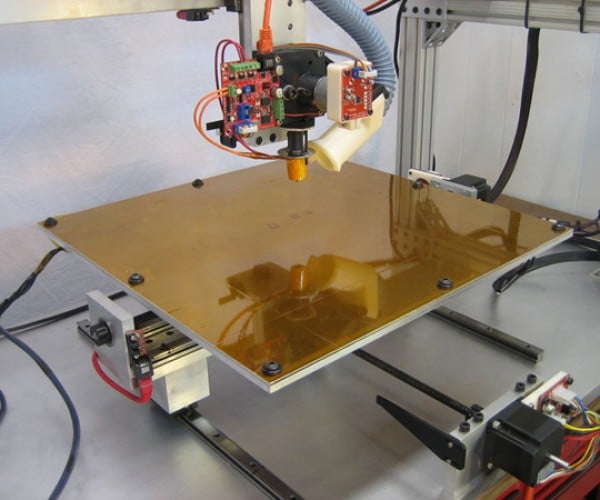 Amazingly, this beautiful 3D printer was built by some guy named Jim in New York. Just like normal printers, 3D printers allow you to print stuff but in 3D. No glasses required! Although this seems straight out of science fiction, the technology has been used since 2003 in the manufacturing segment.
Share
Check It Out 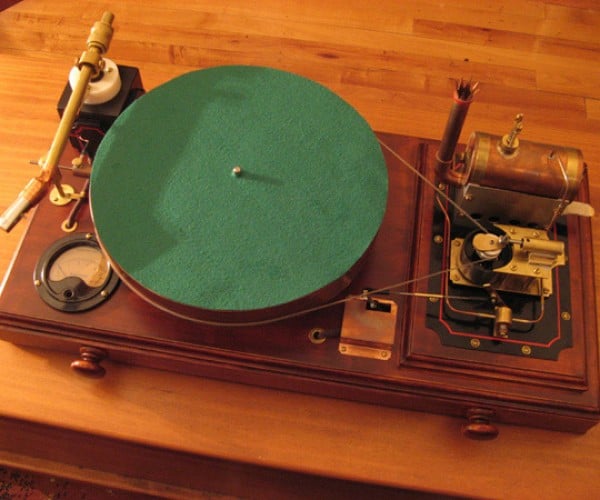 It looks like someone is taking the whole steampunk thing a bit too far with this steam-powered record player. Would you want one? Seriously, I wouldn’t. My Technics SL1200s does the job fine. However, this thing is still pretty amazing.
Share
Check It Out

R/C Squirt Gun Car Will Make You All Wet 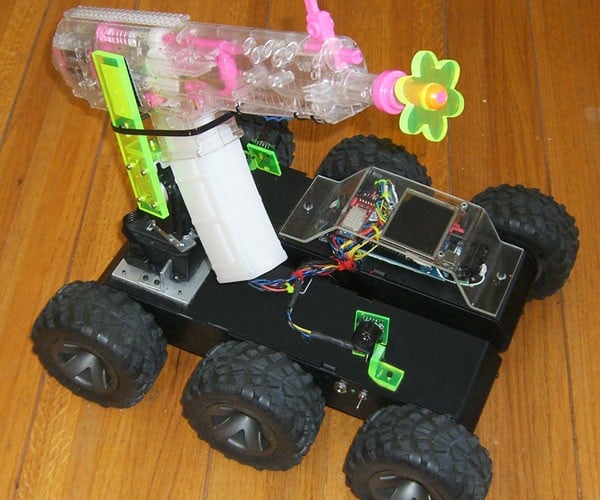 Are you the type of person that loves playing crazy pranks? Then this Arduino-based remote-controlled water-pistol car should be right up your alley. And guess what? You can use your Android phone to control this sucker!
Share
Check It Out 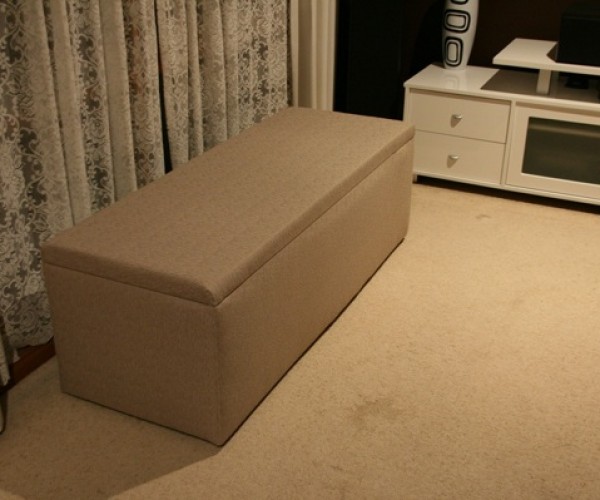 I don’t know what possessed an Australian modder to come up with this hack, but I have to say that I’m surprised that it hasn’t popped up before. Lyshco is a member of the Overclockers in Australia forum and he just finished working on this racing ottoman.
Share
Check It Out

Deadmau5 Halloween Mask Powered by a Netduino: Rocking to the Beats 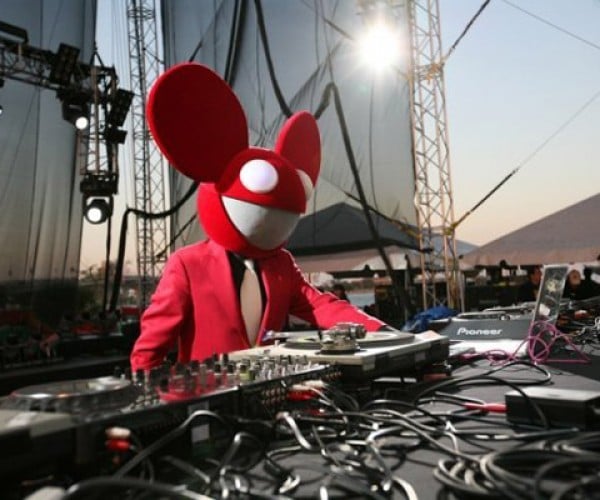 Who is Deadmau5? He’s a DJ based in Toronto, Ontario, Canada, and he’s mostly known for wearing these crazy masks during his live sets, that kind of look like a dead mouse. He was recently featured in an episode of CSI called Pool Shark and let me tell you that I must have watched the opening scene about 10 times because the music was so good (if you’re wondering, it was the track Some Chords that was playing).
Share
Check It Out 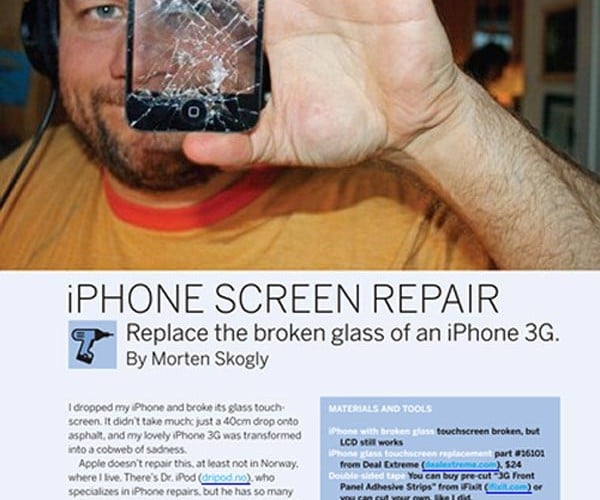 Did you just break the screen of you beloved iPhone? Annoyed at paying $200 to have Apple replace the screen? Well, Morten Skogly will give you the means to repair your screen yourself, DIY style. One of the most common mishaps of having an iPhone is that sometimes they fall (klutz!)
Share
Check It Out

Make Your Own Spin-Activated LED Yo-Yo 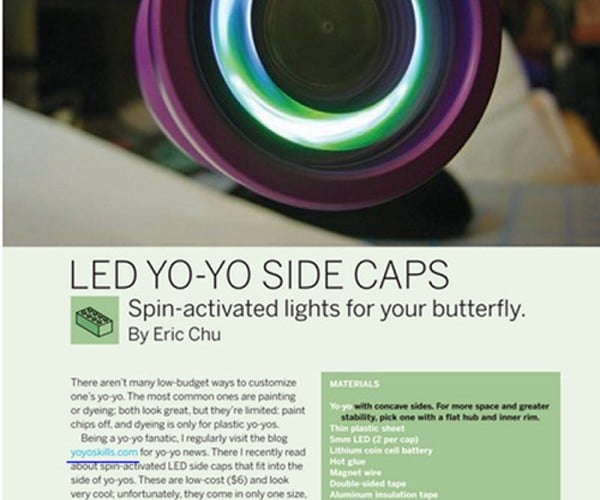 I used to love yo-yos. I played with them all of the time and got pretty good at it. When I saw this little project over at Make:, I thought about buying a yo-yo and completing it.
Share
Check It Out 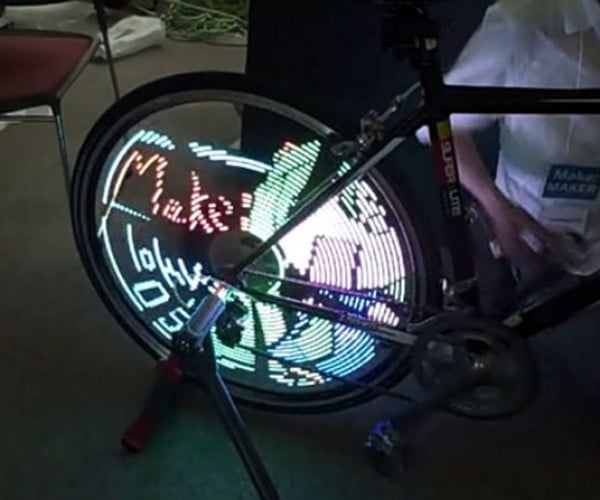 It’s true that if you have though about putting LEDs on your bike, it’s nothing new. However, this new tech from Japan will really light your bike up like none other in the neighborhood. It’s called the Anipov LED system and it’s made by Japan’s Suns & Moon Laboratory.
Share
Check It Out 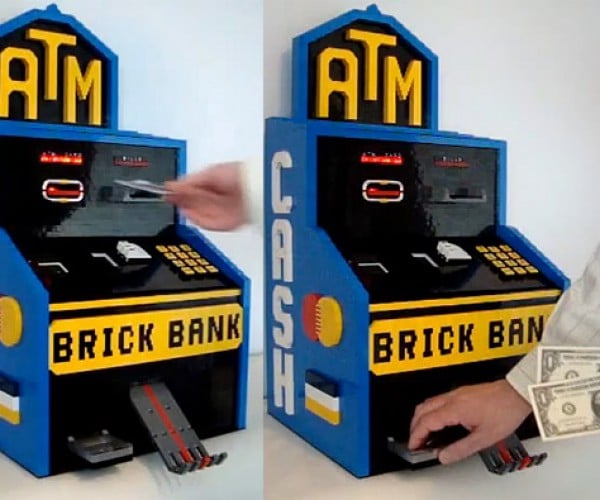 If you’re a regular Technabob reader, I think it’s clear that you can make just about anything using LEGO bricks. Take for instance, this ATM machine, made using LEGO NXT components. LEGO-master Ronald McCrae’s incredible Brick Bank ATM can accept an ATM card and store account balances in its internal customer database.
Share
Check It Out

Zombie Candle Casts a Shadow on Your Happy Little Pad 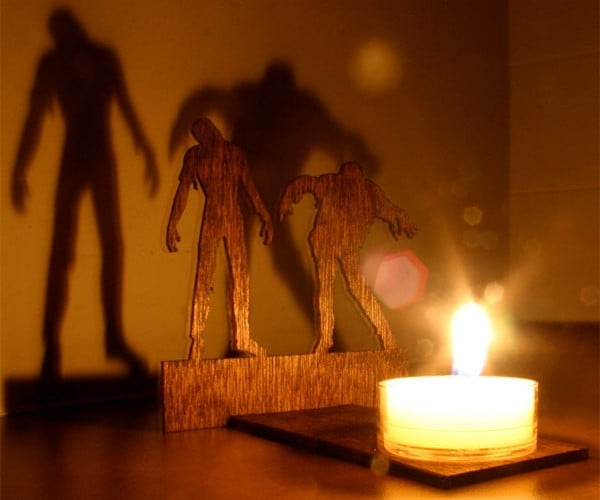 Have I told you guys how much I love trolling around the aisle of the new Makers Market? If you haven’t stopped by there yet, you owe it to yourself to check out this new online emporium of everything DIY.
Share
Check It Out 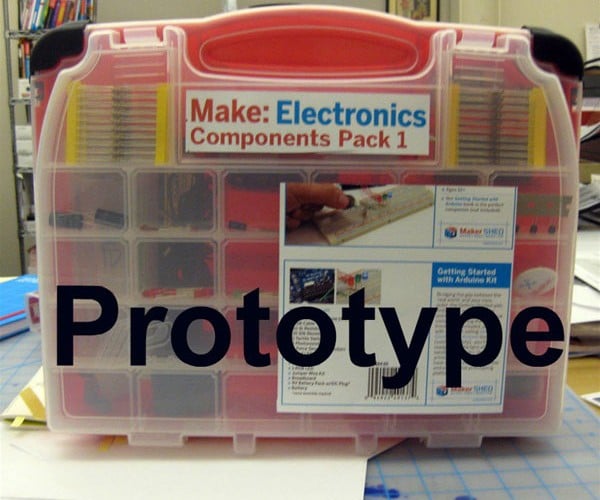 Are you the type of person who’s curious about what makes gadgets work? Love tearing stuff down? Would you like to build your own gadgets? Then you might want to get yourself one of Make’s Electronics Components packs, the perfect complement to their Electronics Book, which lets you dive into the world of tinkering with its lessons, experiments and projects.
Share
Check It Out
Next »
123Next ›