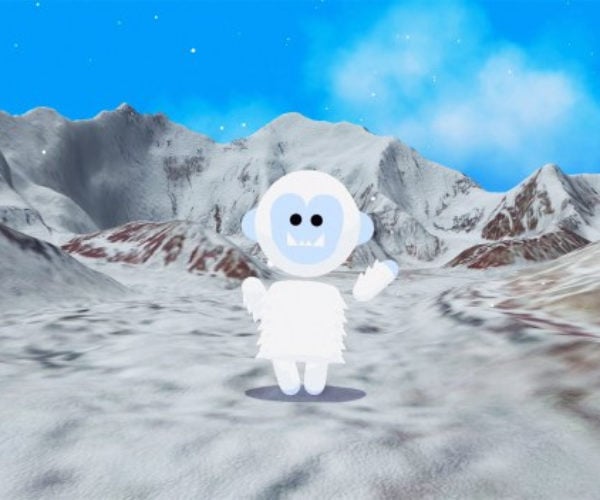 As Pokémon GO has proven, it’s a great time to get out of the house and explore the world around you. But if you want a bigger adventure than just walking around your town, you’ll find Google’s new app interesting.
Share
Check It Out 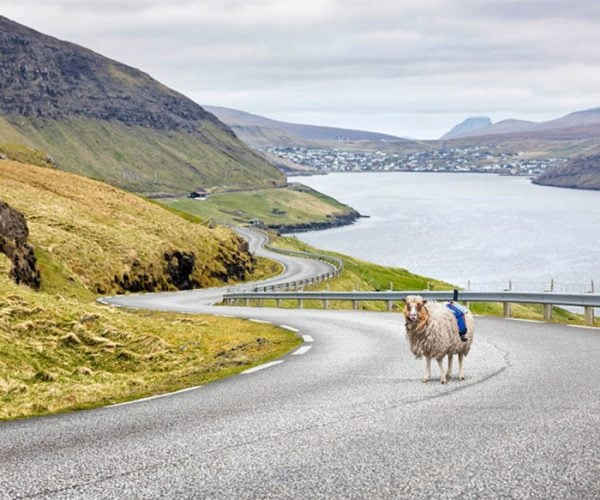 Durita Dahl Andreassen and some of the other 49,188 people who live on the Faroe Islands, a remote archipelago in the North Atlantic Ocean want people to come visit. I guess if you had to see the same 49,000 people day in and day out, you’d want visitors too.
Share
Check It Out 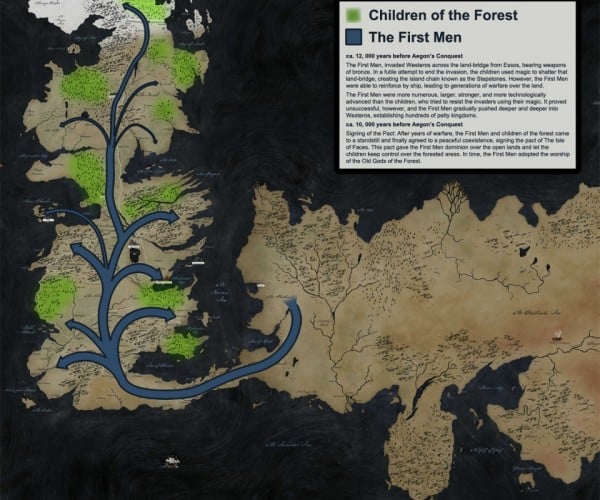 Having trouble keeping all of the history of Westeros and Essos in your head? So much goes down in that world, that it can be a daunting task to remember it all. This series of 16 maps by redditor hotbrownDoubleDouble will help, showing you a visual history of the Song of Ice and Fire novels.
Share
Check It Out

It wasn’t all that long ago that GPS technology was a rare commodity. These days, nearly every handheld device has GPS-powered navigation and tracking technology built into it. But now global positioning systems have the potential to impact our lives in ways we couldn’t have dreamed of 10 years ago.
Share
Check It Out

I don’t know which videogame first featured a map of its world, but whoever did that started a wonderful tradition. The in-game map can be one of the most useful and beautiful parts of a game.
Share
Check It Out

Now you can take a trip to numerous destinations without having to leave the comforts of your home and without spending a single cent. How? With Google’s Street View, which has now been updated with 1,001 new destinations and places that were previously not available.
Share
Check It Out 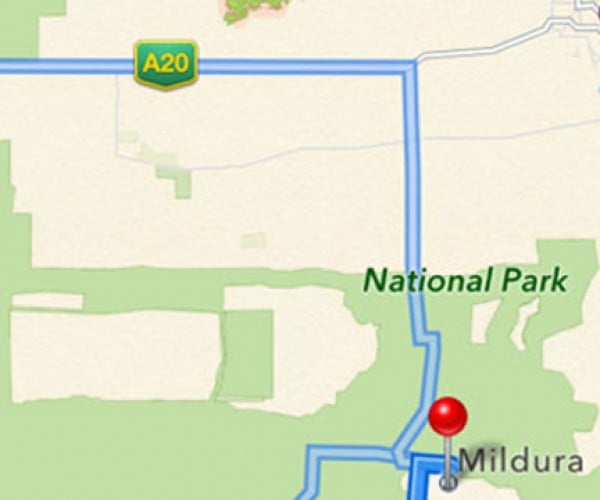 OK, so maybe iOS Maps won’t kill you, but the police in Victoria, Australia have issued a warning to motorists, advising them not to rely on Apple Maps for directions in the town of Mildura.
Share
Check It Out

Sensory Maps Show Locations Along with Their Sights, Smells, and Sounds 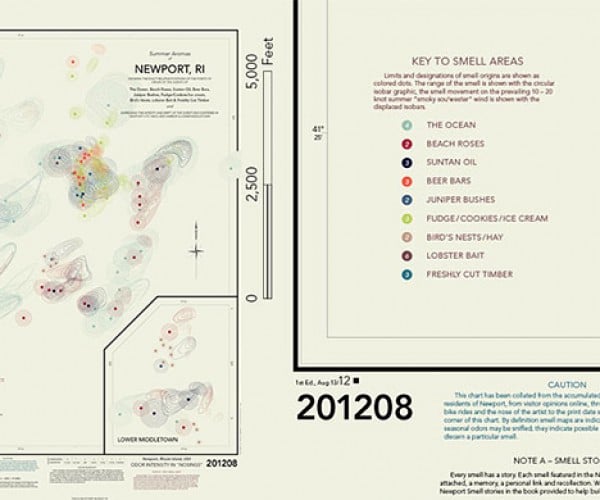 Traditionally, maps were made to help people find their way around a city that they might be visiting for the first time. However, Kate McLean took the basic concept of the map and spun it around to come up with an all-new series that have made the jump from being reference materials to art: the Sensory Maps.
Share
Check It Out 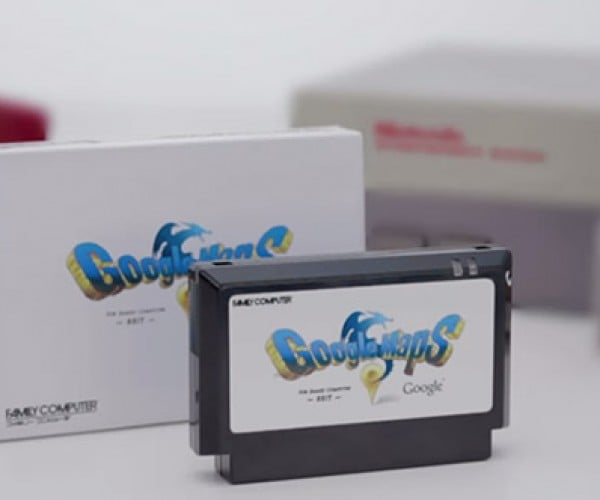 While we’re reasonably certain that the pranksters at Google have jumped the gun with one of their big April Fools pranks, we’re still the slightest bit hopeful that Google Maps for the Nintendo Entertainment System is a real thing.
Share
Check It Out 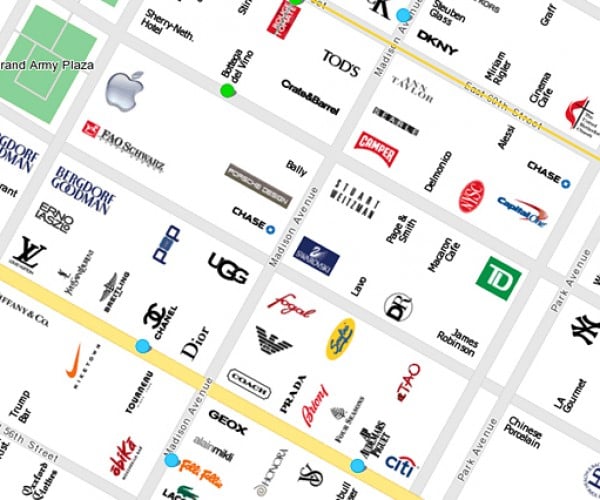 Google’s Maps service is a wonderful evolution of the ever useful map. But sometimes street names and building numbers are still not enough cues for directions. I’m sure you’ve mentioned a nearby building or store as a landmark when you’re giving or asking for directions, simply because a building is easier to spot than a street sign.
Share
Check It Out 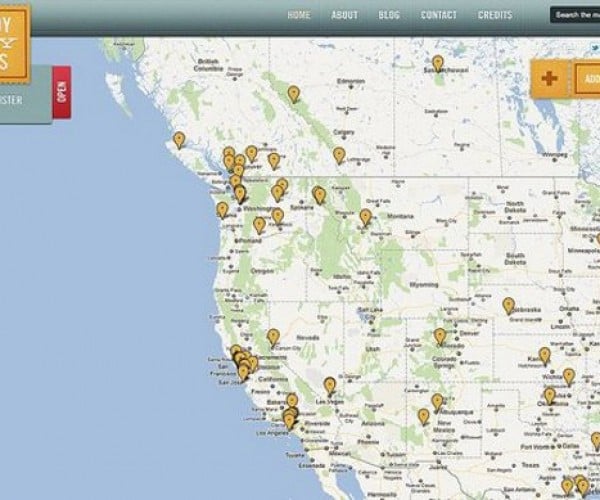 When travel agencies put together tours for you, they don’t consider the geek factor of a certain landmark or place. They just consider the appeal it has to the rest of the population – and sometimes, that’s just not what you were looking for.
Share
Check It Out

MarioNYC Map: A Guide to the Apple Empire 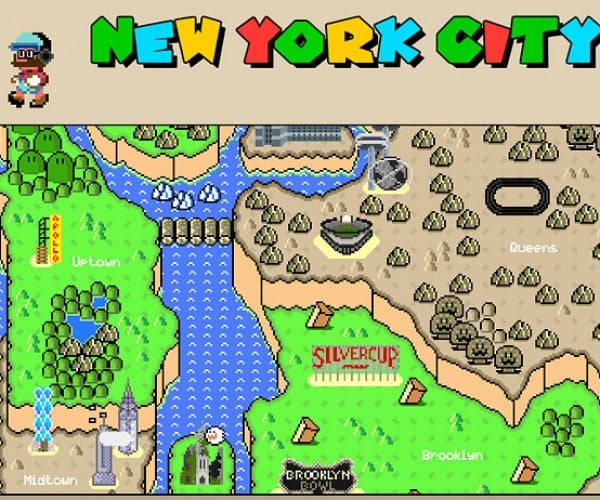 I know more about Mario and the Mushroom Kingdom than New York and its citizens, so pardon me if I’m not terribly excited about Jesse Eisemann’s MarioNYC. It’s an animated map of New York City done Super Mario World style, complete with names of places and pixel versions of famous landmarks, like the Apollo Theater, Coney Island and the Empire State Building.
Share
Check It Out 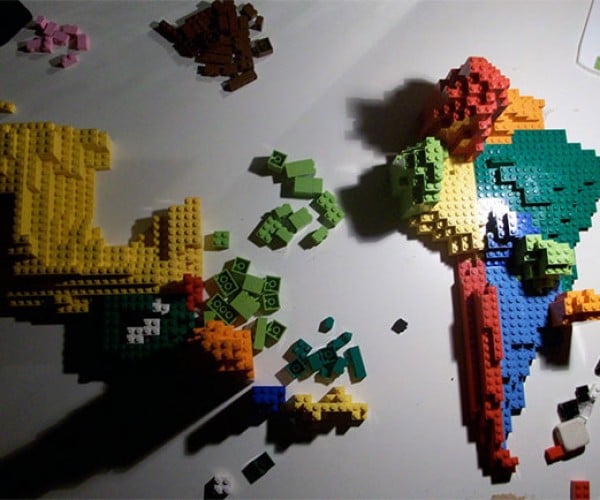 I can admit that I have a hard time making anything other than what the instructions show with LEGO bricks most of the time. I think when geeks can take the bricks and make cool things out of them sans instructions it’s really cool.
Share
Check It Out 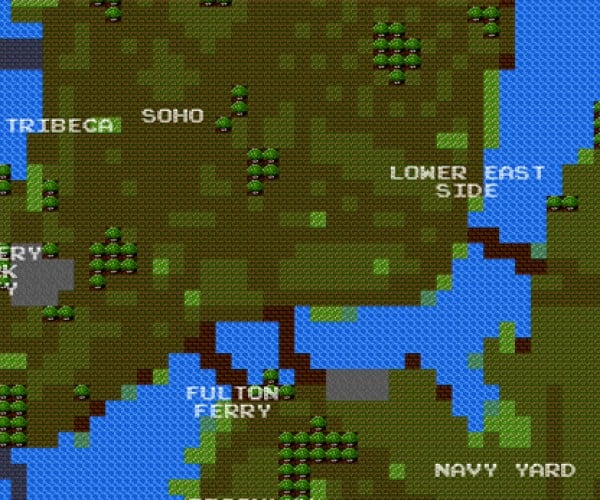 This 8-bit map of New York City was made by Brett Camper for the 8-Bit Cities project. The goal is not to make your city look like a video game map, but to make it feel less foreign and more familiar.
Share
Check It Out

Wiiearth: Travel the World From the Safety of Your Couch 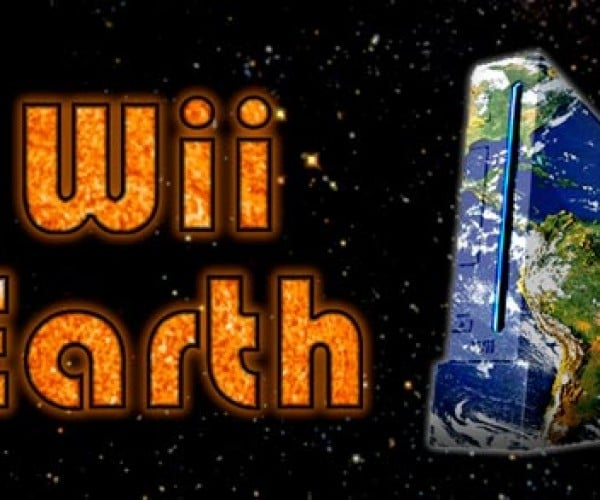 If you happen to enjoy fiddling around with Google Maps and other similar tools, you might be interested in the homebrew app WiiEarth. Just as with Google Earth, you can zoom around the world, checking out various locations, but now you can do it all while sprawled out on the sofa (and without a hot laptop perched on your lap).
Share
Check It Out 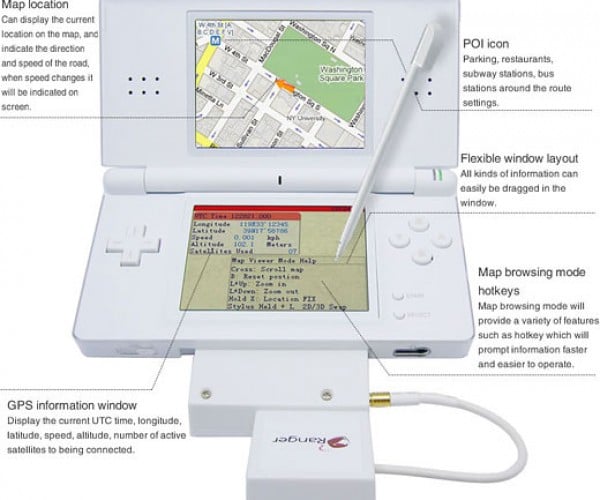 Your mobile phone already has GPS navigation. Your car probably does too. Even the Sony PSP has a GPS option. So it was only a matter of time before the Nintendo DS would jump into the GPS fray.
Share
Check It Out
Next »
12Next ›