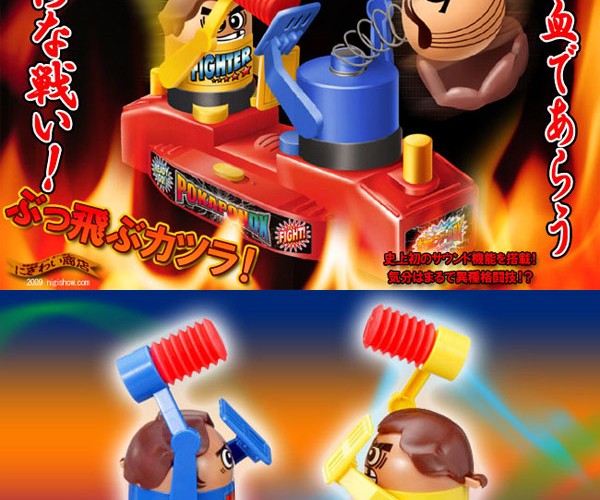 We here in the U.S. might have had Rock ‘Em Sock ‘Em Robots when we were kids, but in Japan back in 1979, they had a little game called Pokapon. Instead of knocking off your opponent’s block like in Rock ‘Em Sock’ Em, the objective of Pokapon was to beat your friend senseless until their wig flies off their head.
Share
Check It Out