Even though the Xbox 360 has an arguably much faster and easier to use operating environment than the PlayStation 3, it apparently uses significantly less memory than Sony’s big black box. 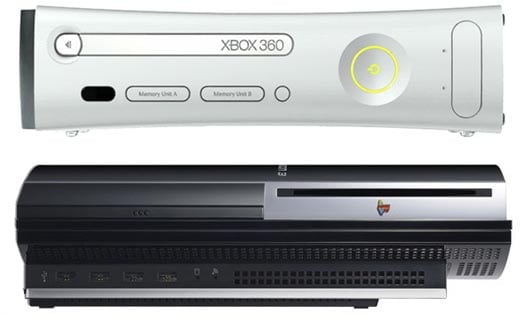 According to this post by Ozymandias (who happens to work for Microsoft,) the Xbox 360 reserves approximately 32MB of it’s RAM for the System, including the kernel, device drivers, Xbox Guide, friends lists, voice/text messages, achievement lists, gamercards, Live Marketplace, 1-1 chat, virtual keyboard, and the music player. That leaves about 480MB of RAM for game developers use any way they want.

In contrast, the PlayStation 3 is estimated to use about 96MB for System overhead, plus an additional 9MB for friends list functionality. So right out of the gate, PlayStation 3 developers end up with 73MB less available RAM than an Xbox 360 title with the same basic features enabled. Plus, it’s reported that in-game e-commerce capability wastes another 60MB of RAM. On top of all this, Sony’s memory architecture says that 50% of all RAM is for graphics, and the other 50% is for application use, further limiting developer freedom.

These memory architecture decisions, along with the reduction in available memory could be part of why cross-platform titles are looking better on the Xbox 360 than on the PS3, especially for games that started on the 360 and were ported to the PS3.