No, Mario isn’t going on an exotic vacation from the Mushroom Kingdom. Instead, his likeness is making the rounds of the art circuit thanks to these most excellent stencil paintings by street artist BilliKid. 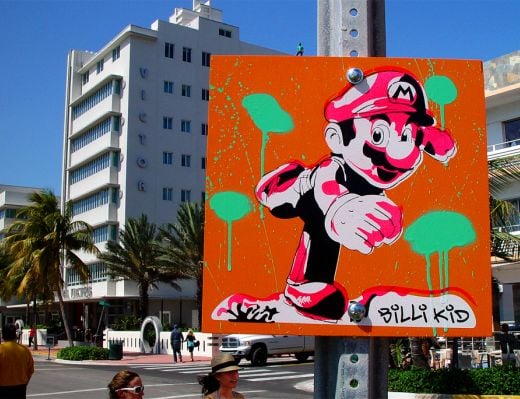 Recently sighted in South Beach, Miami, the stencils feature a dayglo backdrop and a bold graphic treatment of Mario that makes him really pop. 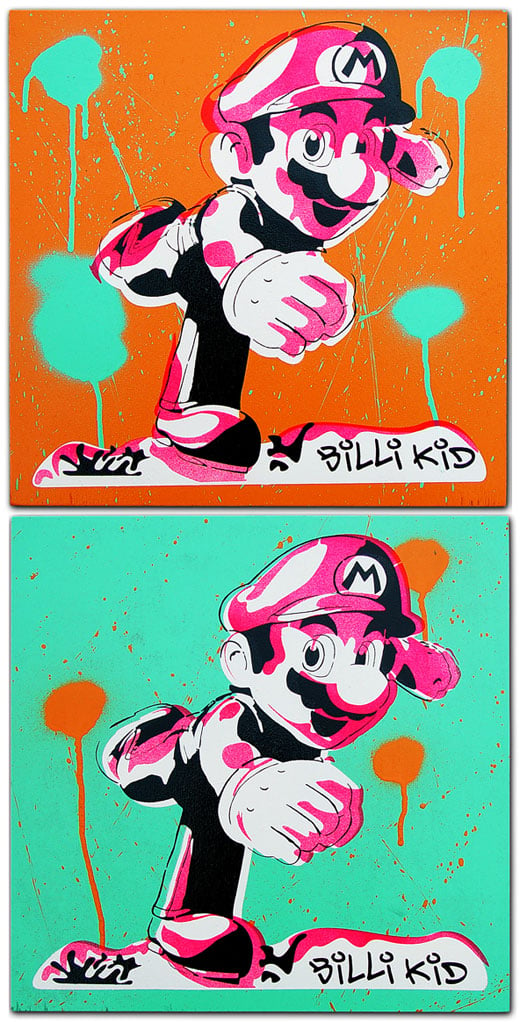 Next up for Mario is a stop in Lutry, Switzerland, for the upcoming Game & Watch art show at Vantard Gallery, which runs from April 26 to May 24, 2008.