Where to Put Your Money in This Bear Market

I read a news story the other day that whenever the economy is in the crapper, sales of safes shoot through the roof. I guess its better than putting your money under the mattress, right? Here’s a crazy safe that should keep all but the most devious of thieves away from your stash. 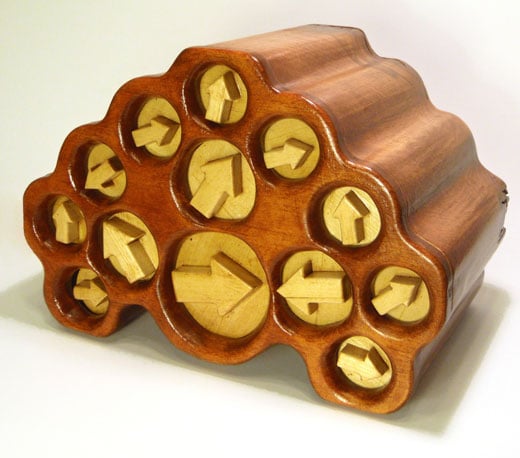 Artist Alex Schlegel is the creator of this complicated puzzle-inspired safe. According to Alex, here’s how you open this crazy thing… 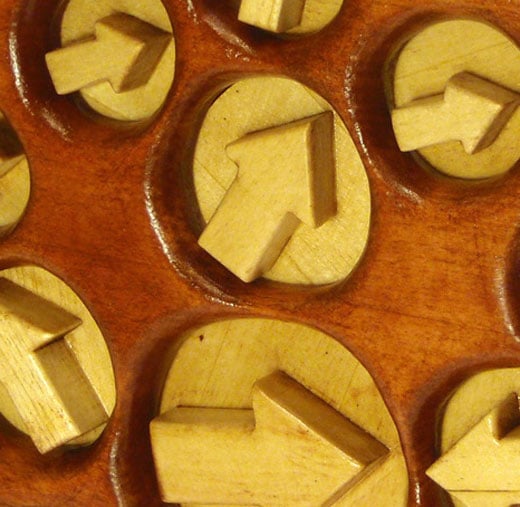 “The 13 drawers of this band-saw box rotate rather than open outward. Objects for safekeeping are placed into the large, central drawer through a hole in the bottom of the box. Since the arrows on the front of each drawer point toward the drawer’s open side, objects may be moved from one drawer to another by first lining up the arrows on the two drawers and then rotating the entire box so that the objects fall from the first drawer to the second.”

On second thought, now that I know how to get into it (and the fact that it’s made out of wood), maybe the mattress is a better idea.

[via Boing Boing Gadgets via MAKE:]