Scarves are pretty popular as the geekier crafts go, with everything from the real Punch-Out!! (in the Mike Tyson days) to Space Invaders getting the wintry neckwear treatment. But few examples can match both the artistry and dedication that went into creating this Guitar Hero scarf. 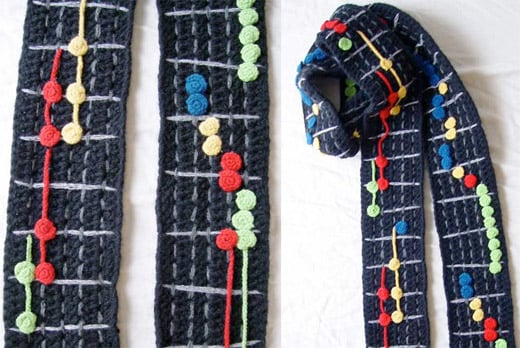 So why is this particular scarf head and shoulders (and, uh, necks) above the rest? Not only does it put the iconic Guitar Hero look on perfect display, but that note highway actually corresponds to a song from Guitar Hero 3: “Knights of Cydonia” by Muse. Creator meekssandygirl crocheted the scarf for her husband, and wanted it to be accurate and unique, so she chose one of his favorite songs. The result? Made of pure Star Power.