The RX-78 statue – 8th Wonder of the World, King of all Statues, Future Prime Minister – is finished. It’s done. It’s awesome. It’s bitchin.  Japan the best. Japan is the Michael Jordan of nations. Japan is the knees of the bee’s knees. They make giant robot statues. GIANT! ROBOT! STATUES! 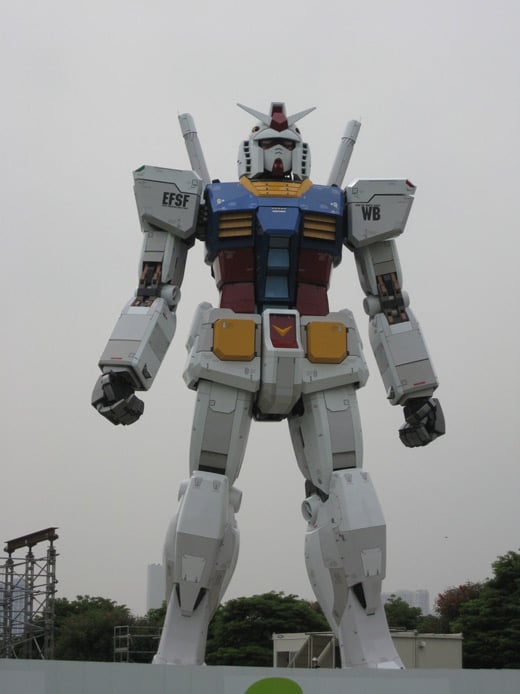 Not even the gloomiest and smoggiest of days can shroud the glory of Gundam. Gundam don’t need no sun. 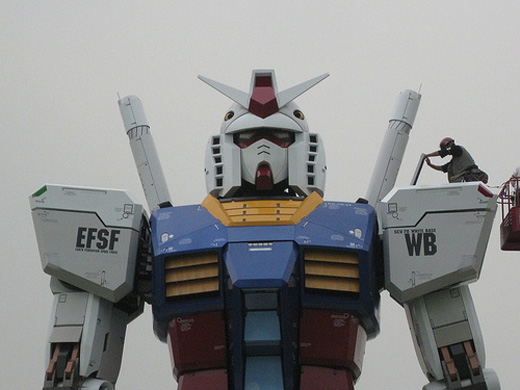 Mr. Hardhat has got to be one of the luckiest men in the world. Tell us Hardhat-san, what’s inside? What do you see? Is there a fondue of awesome inside? I bet there is. 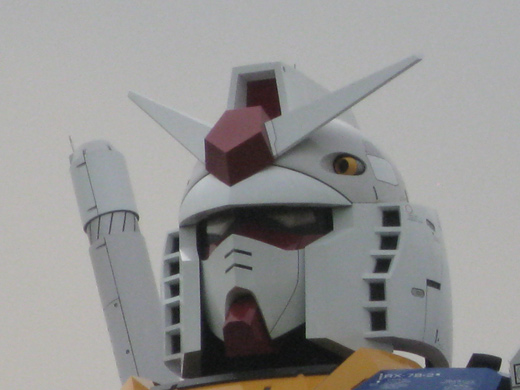 Konnichiwa Gundamu-sama! What I would give to see those eyes glow. Amuro Ray! In the cockpit! Right now! 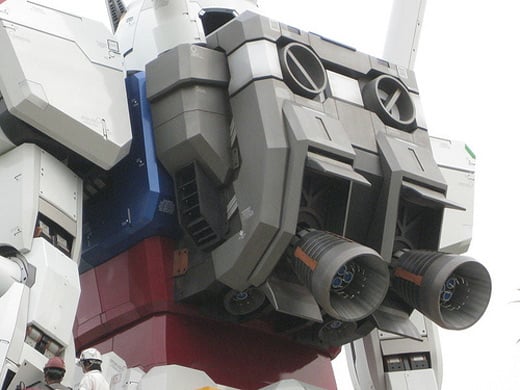 Although I must say, the statue looks more like a big toy robot than a real robot. Whatever that’s supposed to be. Maybe because it’s made of plastic. 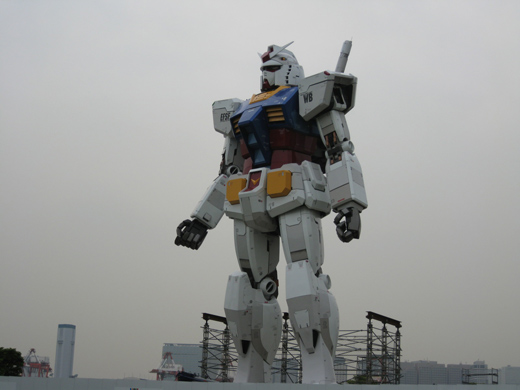 Nevertheless, you are still awesome, Gundamu-sama. It’s a shame that you’ll only be exhibited for a couple of months. I’m sure there are literally millions of people out there – me included – that would love to take you home.