Color Picker Pen Might Make That Box of 120 Crayons Obsolete

When I was in grade school, crayons served as our introduction to the art of one-upmanship – you have a box of 8? Well your seatmate has a box of 16! So you tell your mom to buy you a box of 24, but – oh snap! –  your rival’s already upgraded to a box of 48! It just escalated, even though we’d usually end up not using the weird colors, like Flesh, which looked like raw bacon. It was a cold war of crayons. Korean designer Jinsu Park might be able to put a stop to the senseless wax-hoarding with her Color Picker pen concept. 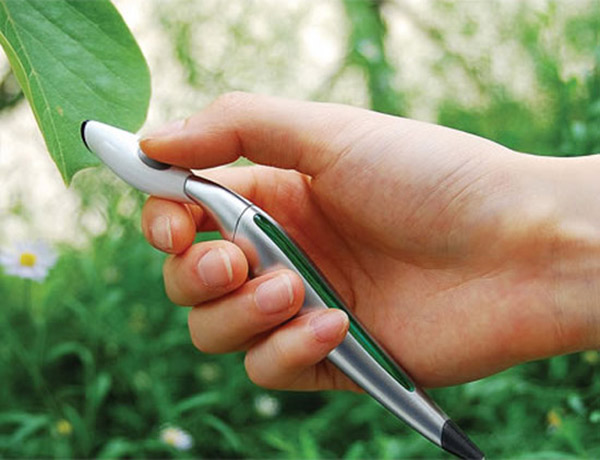 The Color Picker pen works just like the eyedropper tool in Photoshop. Use the rear end of the pen to scan the color of the objects around you, and then pen imitates the color by mixing red, green and blue ink, thus negating the need for an arsenal of crayons. 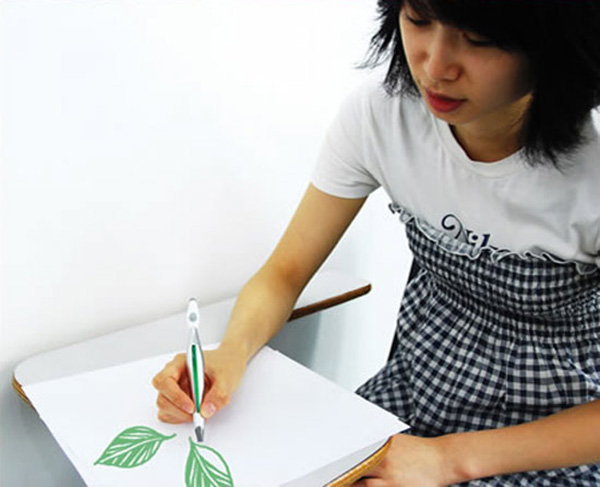 Or will it? A bunch of commenters at designboom have pointed out that the CMYK (Cyan-Magenta-Yellow-Black; ‘K’ is used for black because blue already took ‘B’) color system is better suited for print compared to RGB, which is more useful for digital media. Back to the drawing board I guess. 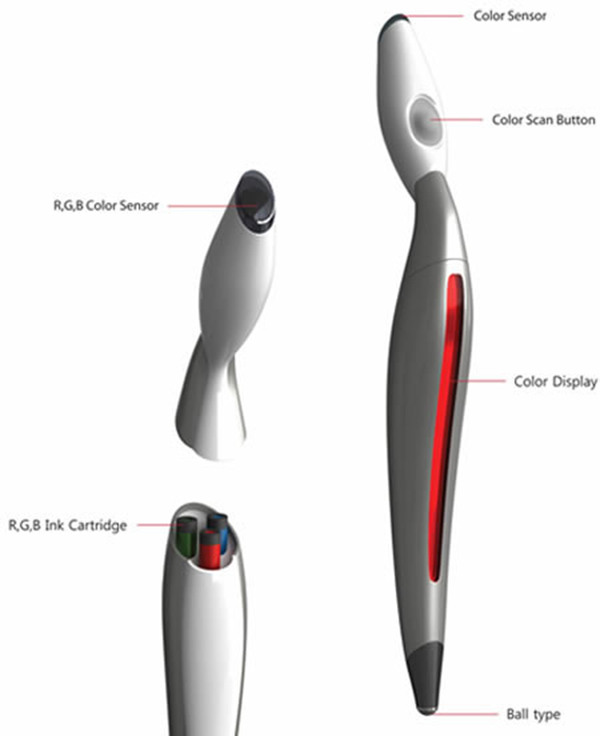 Another designboom commenter, joolz, linked to a similar concept has already been developed by a bunch of MIT students back in 2004. It’s called the I/O Brush, and like the Color Picker pen it scans surrounding objects for color, but it can also scan for texture and even movement. However, the comically large brush is more complicated because it requires a digital canvas i.e. a touch screen, meaning it doesn’t produce real print.