Space Foosball is a modern-day spin on the old foosball table does away with those mechanical men and ping pong balls and replaces them with pixels and a physics engine. 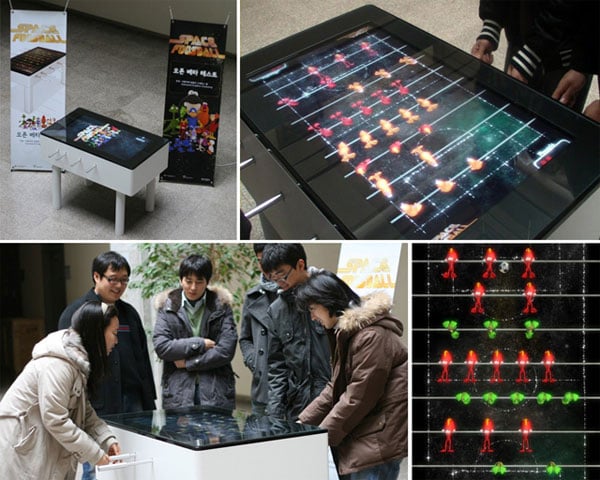 The cool thing about the virtual foosball players and ball is that they’re still controlled by the same sort of spinny axle controllers that traditional foosball machines use. 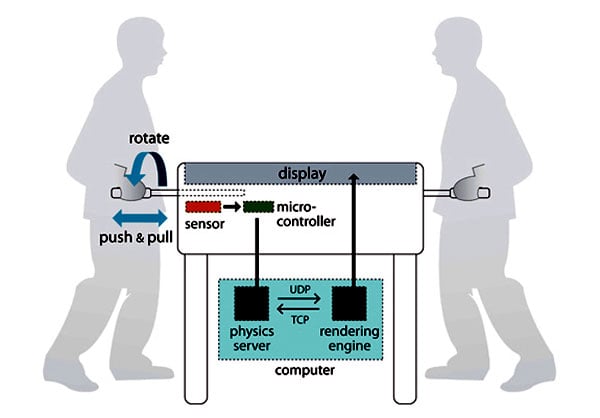 In this case, however, software transforms all of the players movements into digital information which is used to control the virtual soccer players on screen. Each control lever is tied to a set of infrared sensors (similar to the way spinner controls work in arcade games) which tells the software which way to spin the players. 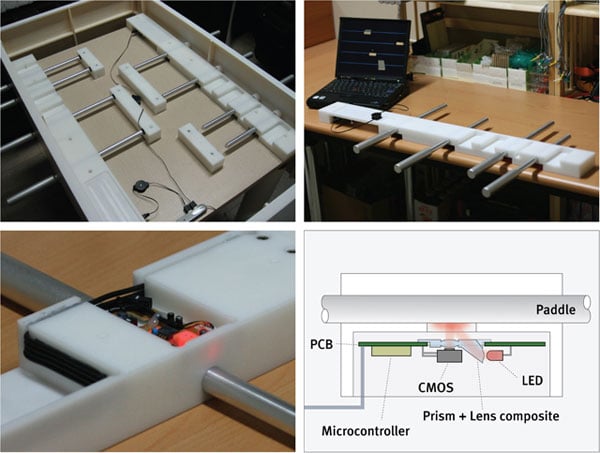 Check out the video clips below for a look behind-the-scenes of Space Foosball, along with some gameplay footage:

No word on if or when you’ll be able to play Space Foosball at your neighborhood pub.