Construction and erection of the 18-m (59 ft) Tetsujin 28-go (aka Gigantor) statue in Kobe, Japan wrapped up a few days ago, more than a couple of weeks after the Gundam statue – the Neil Armstrong of robot statues – was dismantled. The statue, which has been set up at Wakamatsu Park in Nagata Ward in Kobe, will be formally unveiled this Sunday, October 4. The Mainichi Daily News has pics as well as info regarding the statue. 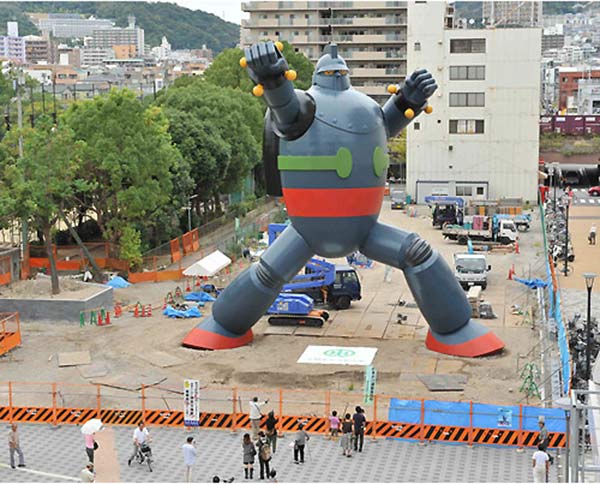 According to the article, unlike the corporate-commissioned Gundam statue the Tetsujin 28-go statue was “planned and led by a nonprofit organization made up of local shop owners, who decided to build the monument as a symbol of the area’s reconstruction.” The shop owners managed to raise a whopping ¥135 million ($1.5 million USD) to build the statue. Tetsujin 28-go’s creator, legendary manga artist Mitsuteru Yokoyama, was born in Kobe. 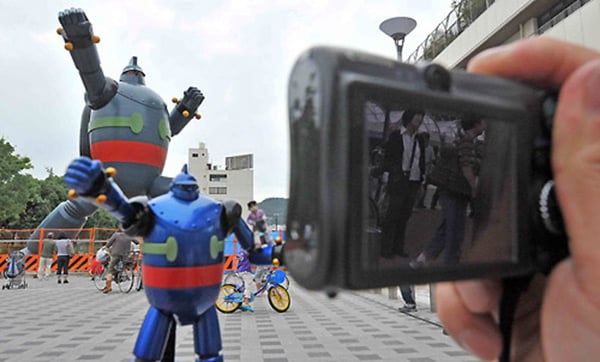 The Manichi Daily News further reveals that Kobe was hit by “the Great Hanshin Earthquake in 1995”, and  that “today, its population has declined to about 80 percent of pre-quake levels.” Let’s hope the statue brings in commerce and people to Kobe. And because Tetsujin 28-go was granted permanent residence at the park, giant robot statues should consider migrating to Kobe as well. 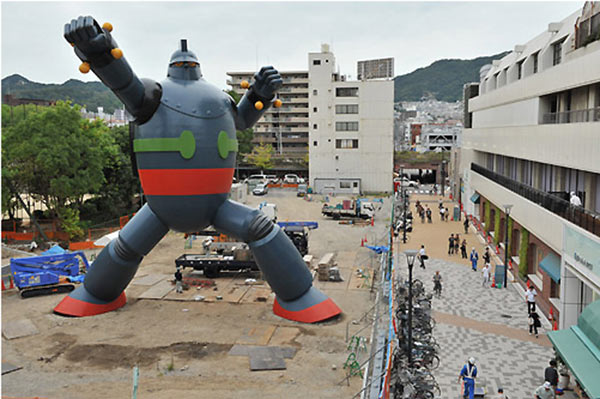 But seriously the shop owners are real heroes; their idea might not be original but their intentions are pure. I think. Go Tetsujin 28-go! May you be of service to the city and its people. 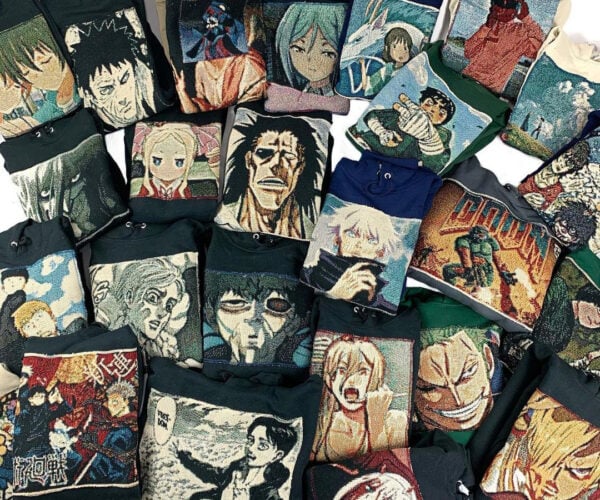