David Hyman created this strange robotic hand that can be controlled via a wrist-mounted exoskeleton system. Because they’re as versatile as hot glue and duct tape, the whole thing is made out of LEGO parts.. 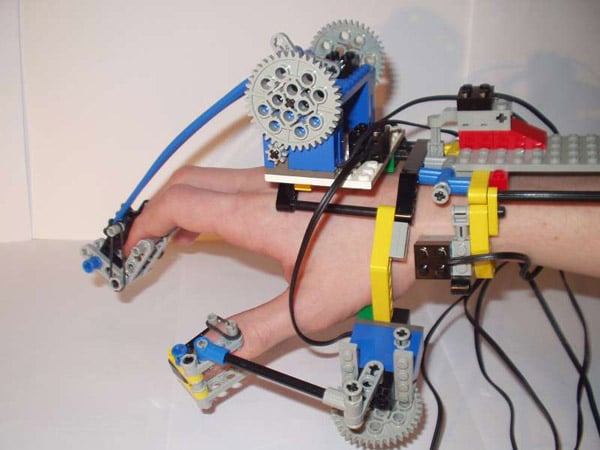 The controller duplicates David’s exact moves on a remote robotic hand. The wrist-mounted exoskeleton packs 3 rotational sensors as well as 2 touch sensors. The hand has two fingers and an opposable thumb. It can pick up balls, and other small objects. It can manipulate them quite easily. But unlike more sophisticated medical robotic hands, you wouldn’t want this thing performing surgery on you. 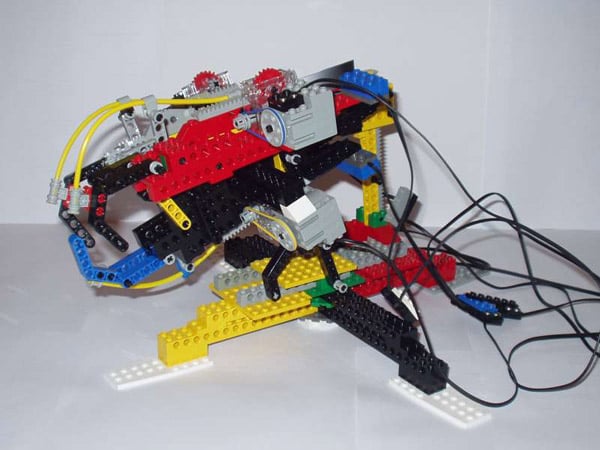 I can just imagine what will happen next. Some guy will get a robotic LEGO hand instead of a prosthetic, becoming the first LEGO bionic man. And we’ll call him the Six Dollar Man.