I like the idea of a hydrogen fuel cell. I can fill a small cartridge with hydrogen, and then power my gadgets from the fuel cell as long as my hydrogen source holds out. That means that I won’t need an AC outlet to keep my iPhone running. 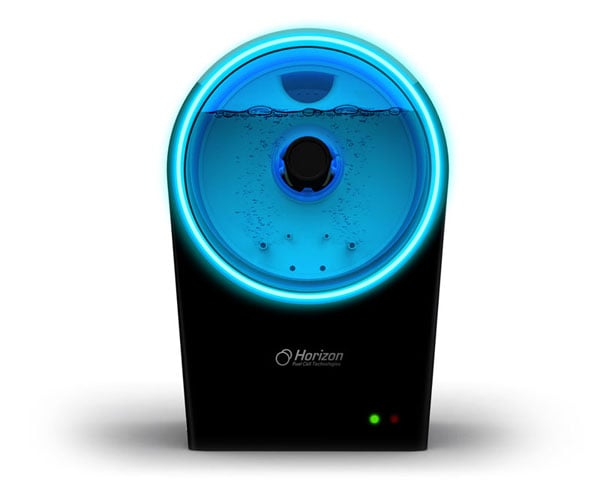 The catch is that there isn’t typically a source of hydrogen that we can use to refill the fuel cell and we end up having to buy expensive replacement cartridges from the maker of most fuel cell chargers. A new device called the HydroFill has surfaced on pre-order for $499.99 (USD) and it will ship on August 9.

The device plugs into your wall outlet or can be hooked to an optional solar panel. The HydroFill uses water to create hydrogen and then puts that hydrogen into the $9.99 HydroStik container for use inside the $99.99 MiniPak fuel cell charger. This is certainly not cheap but if you are the outdoorsy type or are seriously green, this might be a great thing.