Microsoft CEO Steve Ballmer is a character for sure. The guy is one of those CEOs that is very animated and at times says things that make you wonder what he was thinking. If ever there was a reason to see a sweaty and pissed off Ballmer, this is that day. 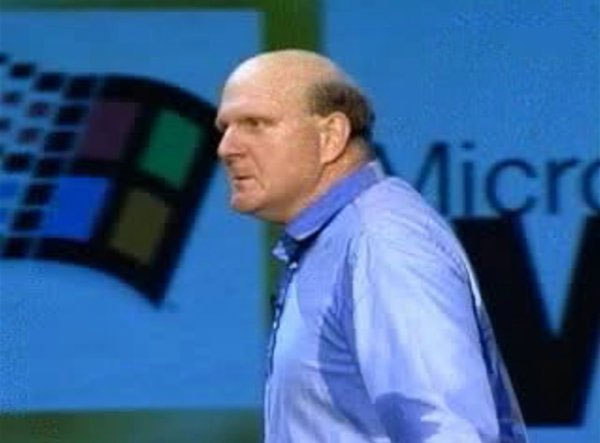 The epic failure of the Kin family of mobile phones has directly cost Ballmer $670,000 in bonus money. The reason for losing the huge chunk of his bonus wasn’t only the Kin failure though. The failure of Microsoft to make headway in the tablet market in fiscal 2010 was also cited. A company filing gave the official reasons as “unsuccessful launch of the Kin phone, loss of market share in the company’s mobile phone business, and the need for the company to pursue innovations to take advantage of new form factors.”

Ballmer could have made a bonus of twice his annual salary, which is $670,000 yearly. He did land half the possible bonus thanks to steering Microsoft to its most profitable year. I know I’d be pissed if I lost a $670,000 bonus but that’s what you get for letting a turd like the Kin hit the market and the dude still made over a million this year and has $10 billion in stock. I don’t think he’ll be missing any house payments any time soon.