I’m always amazed by all of the crazy things that people have been able to do with the primitive forms in the game Minecraft. Remember the time that Minecrafta2z made a version of Pac-Man in the Minecraft engine? Well the same guys are back, and this time, they’ve got a bad case of Space Invaders. 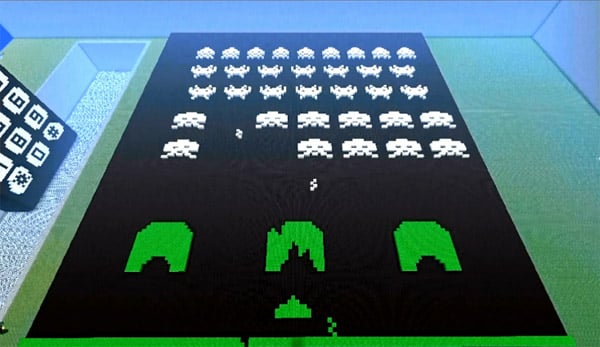 Just like Pac and his pals, they’ve created an animated version of the arcade game using building blocks from Minecraft. It looks just like the original game. And though  it’s not actually playable, they did add the requisite sound effects, and it’s still pretty cool. Check it out:

I’m not quite sure what the deal is with the giant “Lockia” telephone to the left of the playing field. Maybe it was to call mom and have her pick you up from the arcade after you’re done playing. Or maybe the extraterrestrial Invaders just need to phone home.