Masashi Kishimoto, creator of one of the most, if not the most popular manga and animé series in recent years, has teamed up with collectible toy maker Medicom to create the Naruto Shippuden Be@rbrick 400% and 100% limited edition toys. 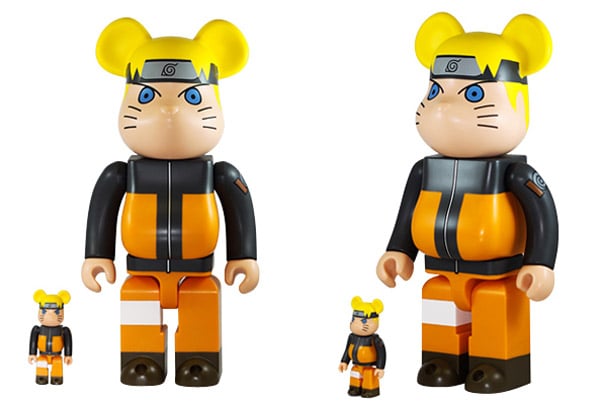 In case you don’t know what the percentages mean, the 400% version is 11″ high, while the 100% version is 3″ high. I think the toys look awesome, although Naruto’s just not the same without his trademark smile. Perhaps Kiba and Akamaru would have been a better fit. 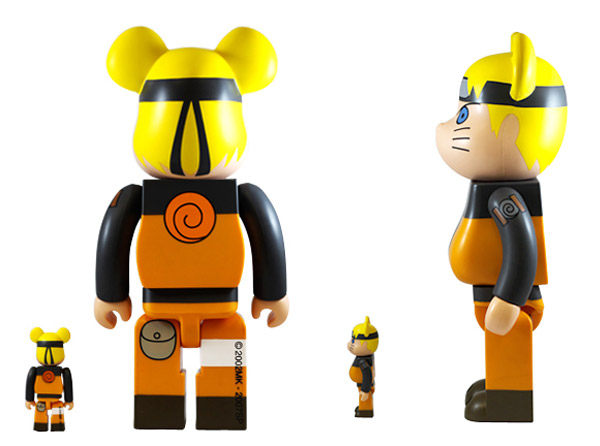 You can order the Naruto x Be@rbrick figures from Brasyna Japan. The 400% sells for about $127 (USD), the 100% for $25, and a bundle featuring one of each for about $152. If you get the bundle you’ll also get a free one month subscription from Crunchyroll, which is like the Netflix of animé.

As with all Be@rbricks, this is a limited edition and will not be re-released. That and Brasyna will only be selling them for 11 days more as of this writing. So be swift, move (your cursor) like a ninja and get one now. Dattebayo!