The Dark Side Dresses Up

Would you ever take tea with Darth Vader? How about a fancy dinner with Boba Fett? The only time those two were near a dinner table was on Bespin, where they laid a trap for Han Solo and Princess Leia. Artist Chase Kunz has re-imagined some of my favorite Star Wars villains in suits, apparently dressed up for such a special occasion. 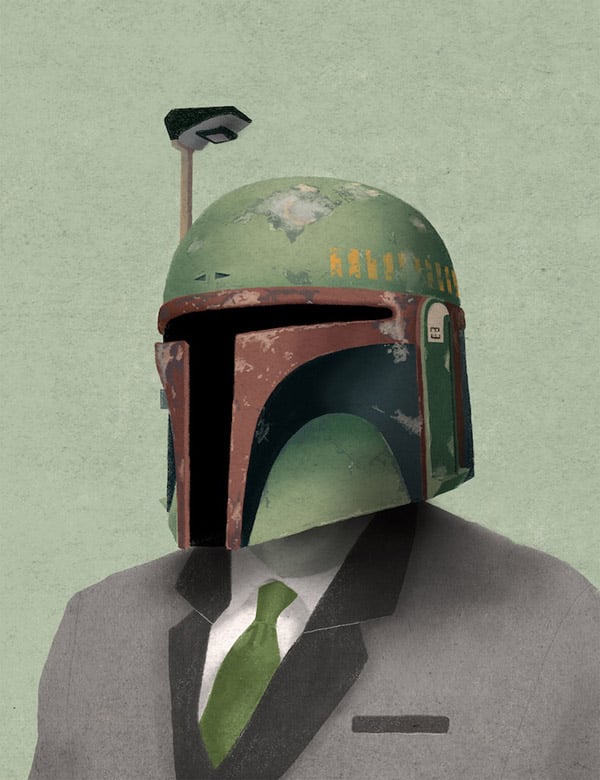 All the cool Dark Side characters had awesome helmets, which is why Chase thought that they’d go swimmingly with some fancy suits. They’d probably work in a bank, an advertising firm, or some other company if they were real. 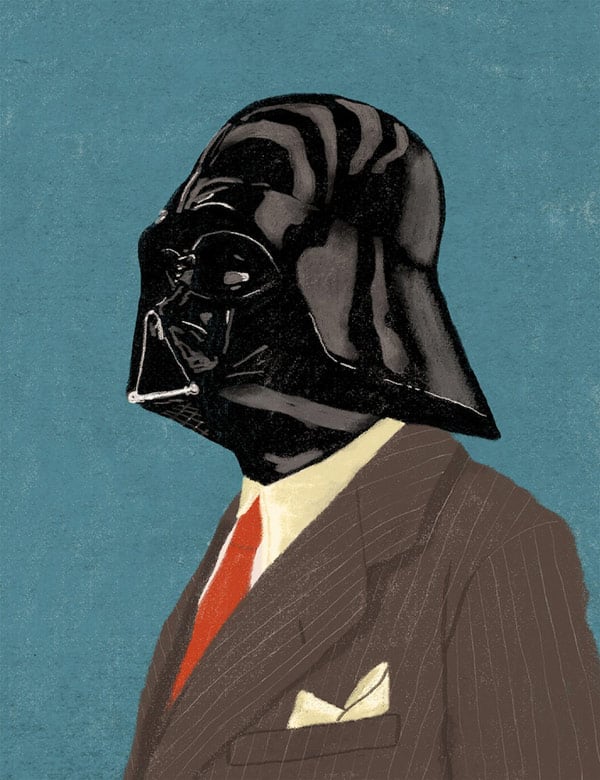 The five prints feature Darth Vader, Boba Fett, a scout trooper, a TIE fighter pilot and a stormtrooper. They are all available as prints from Chase Kunz’s Society 6 page for $17 to $40 (USD) each, depending on size. You can also order them as iPhone or iPod skins, cases, or laptop skins. 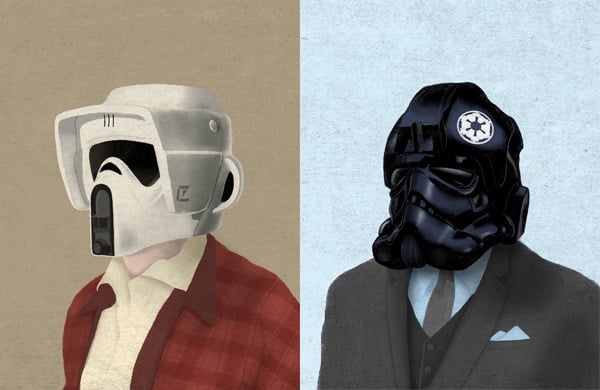 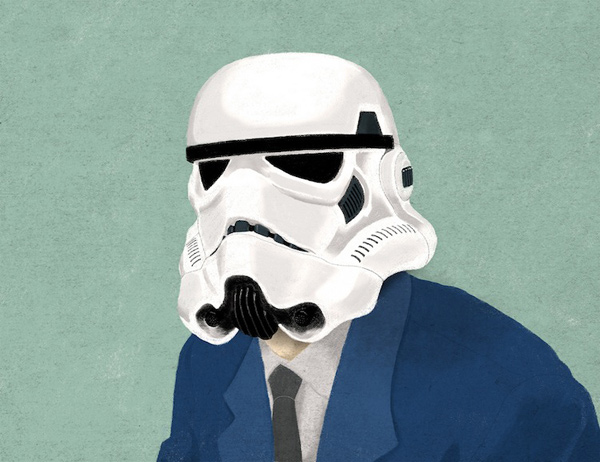