Japan is known for numerous technological innovations over the years, but none has ever made such an impact on me as this. This miracle of modern  technology is the world’s first fully robotic Cup Noodle timer. Shut up and take my money now. 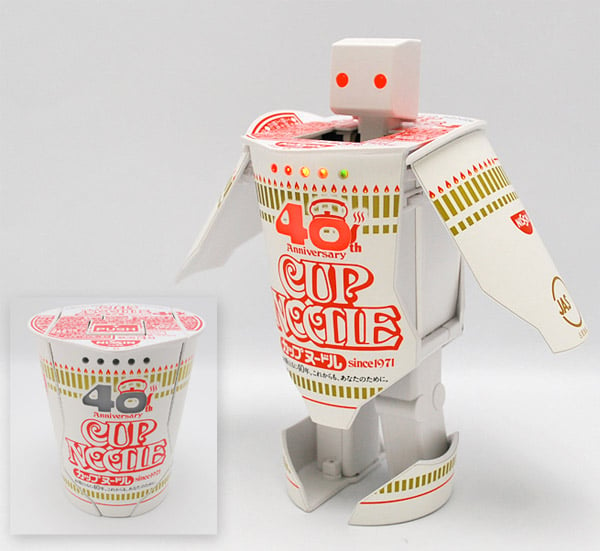 Developed by Japan’s Vstone (JP) robotics, in concert with Nissin, the Cup Noodle guys, this thing looks just like a regular old ramen noodle cup when you first get it. But start cooking up some noodles, set the timer, and watch ROBONOODLE rise! Here, check it out in all of its beauty:

Isn’t that the most glorious thing you’ve ever seen? Unfortunately, I’m not sure if you’ll be able to get the Cup Noodle Robotimer outside of Japan any time soon. Apparently, these are being sold under some sort of a lottery system and only with proof of noodle purchase, because they are so awesome. 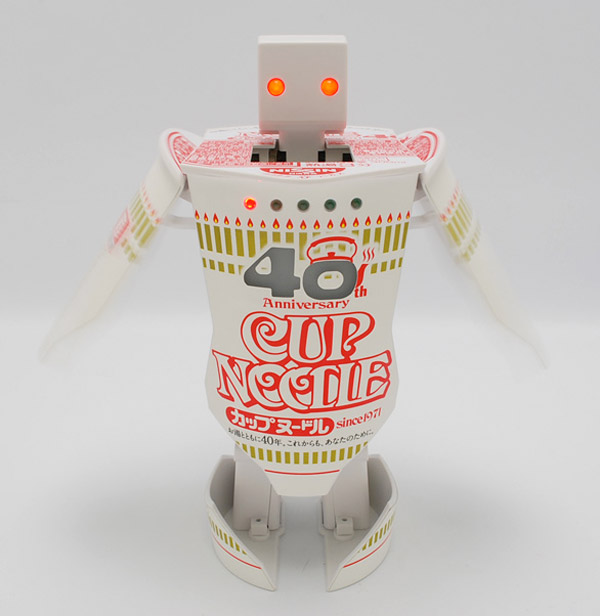 For now, I suggest you head on over to the official Robotimer website for more fun videos, and lots of stuff in Japanese that you probably won’t be able to understand. Meanwhile, I’m putting this on my eBay watch list.