Yesterday we saw a remote control from Belkin which toggles an iOS device’s camera functions via Bluetooth. This time we’ll take a look at a device for more serious photographers. The TriggerHappy system will let you use your iOS or Android device to control some of your DSLR or high-end point and shoot camera’s functions. 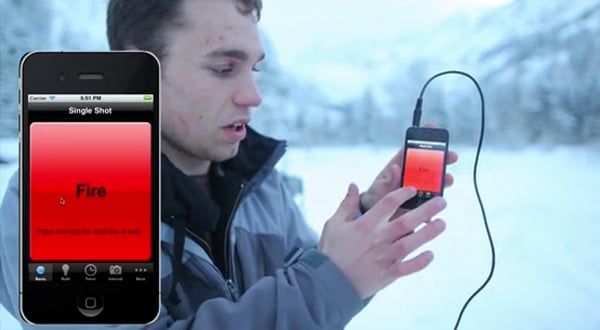 The TriggerHappy unit is a 3′ cable with a small embedded processor. It attaches to mobile devices via the 3.5mm audio jack and will of course have complementary iOS and Android apps. Once connected, you can use it to take time-lapse pictures, long-exposure shots, HDR shots or just simply fire a single or rapid succession of shots.

Ok, so Kevin isn’t exactly the best presenter on Earth. But he’s an engineer, not an actor after all. Perhaps some charm classes would do him some good.

Pledge at least $50(USD) to the TriggerHappy Kickstarter project to reserve a TriggerHappy unit. The fundraiser still has one and a half months to go but Kevin and his co-inventors have already secured more than $42,000 in pledges, way more than their $25,000 target, so at this point consider your pledge a pre-order.