What would Donkey Kong have looked like if it took place during the American Revolution? Well if this t-shirt is to be believed, DK himself was the King of England, and Jumpman was Georg(io) Washington, ready to liberate his new nation. 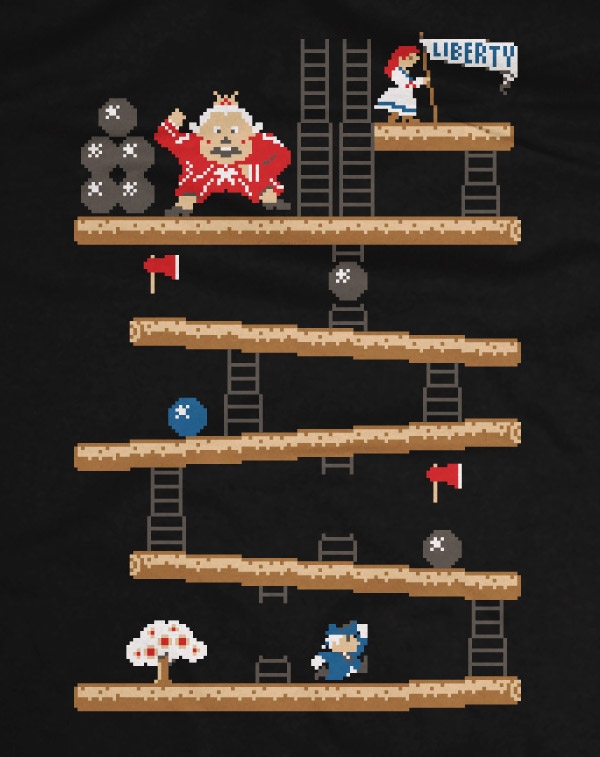 I love all of the graphics on the Chop Shop’s Donkey King t-shirt, including the little cherry tree near Washington and that little red axe instead of a mallet. And those are cannonballs being rolled down by Donkey King in place of oil drums. Of course, Georgio’s goal is to free Lady Liberty from the ape King’s tyranny. 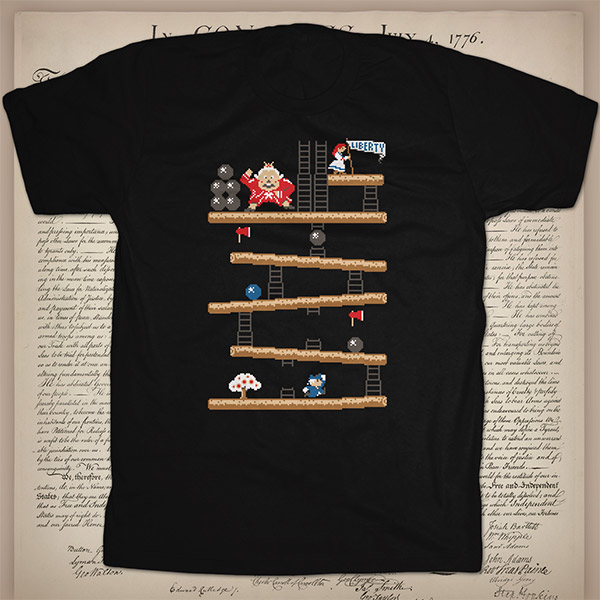 The Donkey King t-shirt is available for $23(USD) over at Chop Shop, and can be printed on an upgraded (and appropriately patriotic) American Apparel t-shirt for an extra $3. While we’re still a couple of months away from Independence Day, there’s no reason not to be prepared early.