One the coolest natural phenomenon that happens around Earth are the Northern Lights or Aurora Borealis. We’ve seen this phenomenon photographed from space by astronauts on the ISS in the past and the glowing greenish hue is very cool to look at. Researchers have announced that they have now recorded the sound made by the Northern Lights proving the surreal sound is not just an old wives tale. 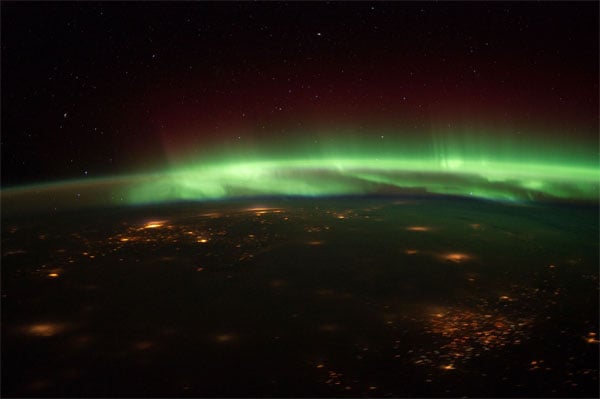 The researchers say that there have been legends and folk tales about the sounds associated with Aurora Borealis, but those had been dismissed as imagination or illusion. Researchers in Finland set up microphones at an Aurora observation site and have been able to record the sound made by the Northern Lights, which they describe as a “clapping.” The sound only happens occasionally.

The researchers installed three separate microphones and determined that the location of the sound source was about 230 feet above the ground. Apparently, when the sounds are produced the Aurora showed a typical pattern according to the geomagnetic measurements. Check out the video above to hear the sound of the Northern Lights for yourself.