Ricky Bobby’s Wonder Bread Tracksuit up for Auction: If You Don’t Bid the Most, You’re Last

Thank you Lord baby Jesus… (and god bless the pygmies.) Ricky Bobby’s tracksuit from the movie Talladega Nights: The Ballad of Ricky Bobby is up for auction via a movie memorabilia company called ScreenUsed. The suit is an actual Sparco racing suit worn by professional racers, or in this case, Will Ferrell, when he played NASCAR racer Ricky Bobby. 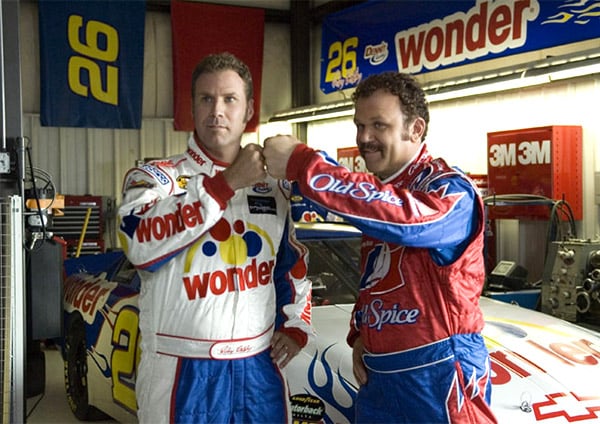 It includes the Puma shoes Ferrell wore in the film as well as the Wonder Bread hat. If a racing suits isn’t your thing, this company is also putting up a ton of other awesome and geeky movie props and memorabilia in an auction to be held on November 3, 2012, which also includes some fun screen-used Star Trek and Star Wars items. 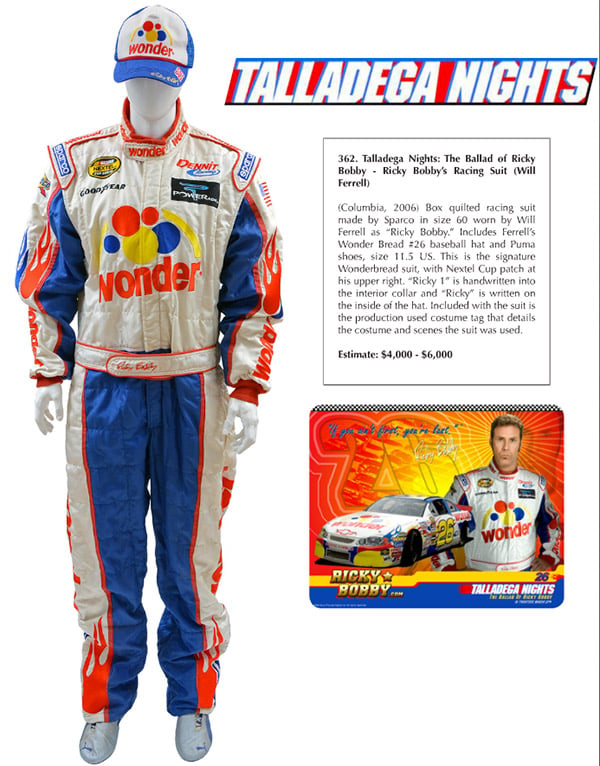 Other items up for auction include Neo’s coat from The Matrix Revolutions, Jayne Cobb’s Vera machine gun from Firefly, and even the Superman bodysuit Christopher Reeve wore in Superman III. You can even pick the gold jumpsuit with cape that Mike Myers wore in Goldmember – complete with padded crotch. There is a lot of other stuff in the auction too. I can’t decide if I want Ricky Bobby’s diving suit or the endoskeleton chest from Terminator 2: Judgment Day the most.