If you have an old rusty shovel lying around, but really would prefer to have a gun, just do what this guy did and make an AK-47 out of the hole-digger. 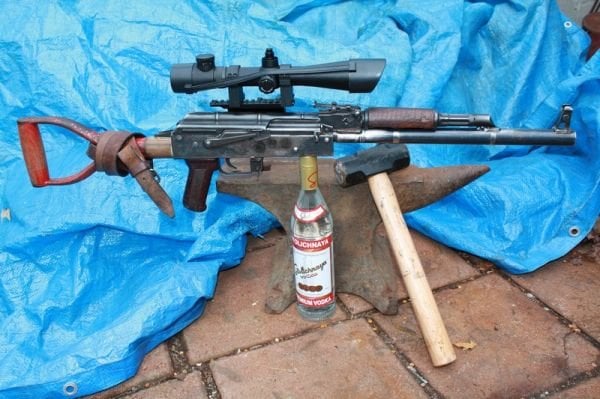 So, just how do you turn an old shovel into an assault rifle? Well, Boris melted down the metal shovel head and reforged it into the actual gun receiver. The result is a beautiful handmade gun that looks like it belongs in the game Fallout. We aren’t sure why he did it. There was probably alcohol involved.

I’d like to see what he can do with a garden hoe and a post-hole-digger. He would probably make a a kick-butt LMG or combat shotgun.