Cat Smuggles Gadgets into Prison, Not a Mouse Among Them

As we already know, prisoners can be very inventive with all of that time they have on their hands. Now, it turns out that inmates at one prison have been using a very sly and clever way to sneak contraband tools and gadgets in – using a cat. 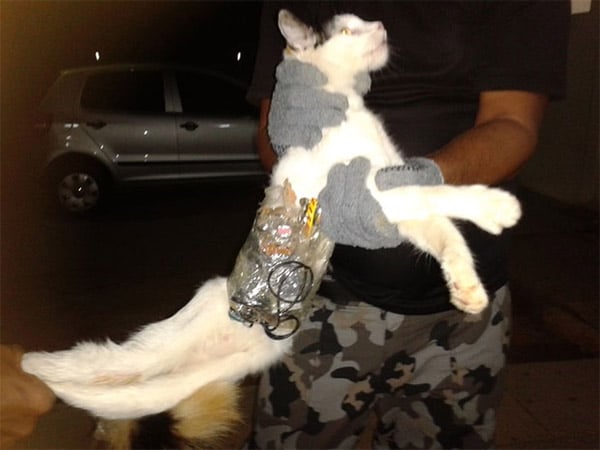 According to the Associated Press, guards at a medium-security prison in Brazil grew suspicious when they saw a cat sauntering around the prison grounds on New Years Eve. When the cat was captured, they found a cellphone, drills, small saws and other contraband taped to its body.

They don’t know which inmate(s) are responsible for the tom-cat-foolery, and they’ll probably never know for sure, since their cat conspirator isn’t saying a word. There’s no word on the status of the mischievous feline, who remains in the custody of animal control, but hopefully it will be put up for adoption.