On second thought, I guess it still might be possible to let this chunky remote control slip between the couch cushions, but it certainly wouldn’t be very comfortable if you sat on it. What you’re looking at here is a hacked together remote control that started its life as a cheap universal remote control. 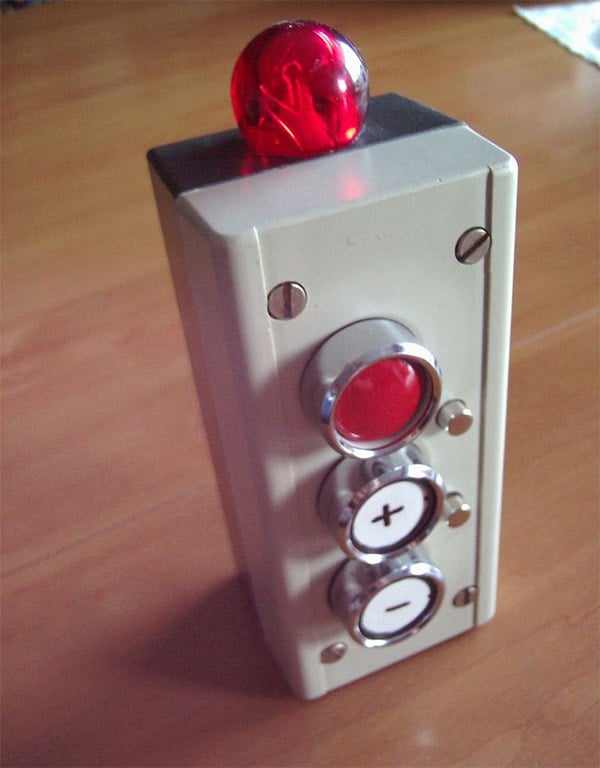 Modder Bigape decided he had enough of cheap plastic remotes which wear out all of the time, and built this heavy-duty remote to replace his parents’ old broken Sony TV remote. He Frankensteined together the electronic components of the universal remote with the a sturdy industrial case designed to control construction equipment. 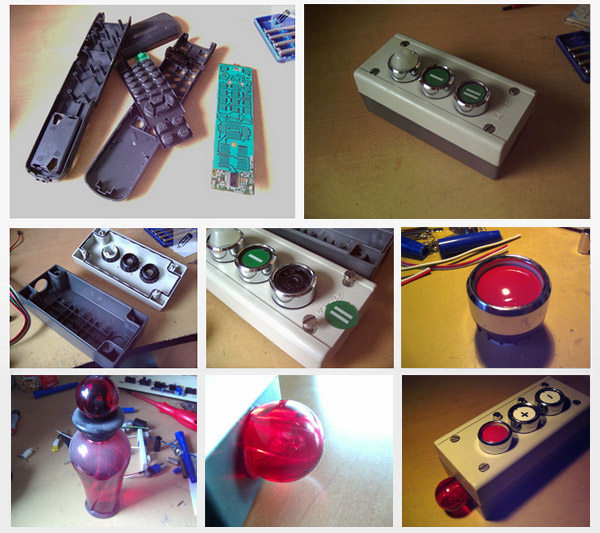 Since he wanted the remote to control channels, volume and power, he had to add a couple of additional buttons into the case as well. In true MacGyver fashion, he built the caps for the volume buttons from retractable ball-point pen parts. The large red power switch actually was made from the button from an a light bulb socket, a sweater button and an old spring switch. The giant orb that holds the large IR diode is actually the cap from an old bottle of perfume if you can believe it.

Want to build your own industrial-strength remote control? You can find a similar control box over on eBay, and then check out the full build log over on Instructables.