In swords that are too heavy to lift news, the folks at Brick Replicas have built this amazing and huge replica Buster Sword. Final Fantasy fans will recognize it as the one from Final Fantasy VII, but with steampunk style. 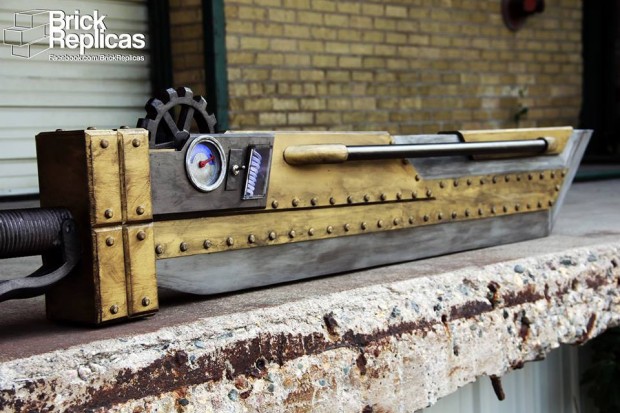 The sword is 6.5′ tall. It has a cog wheel and a gauge and it even lights up. There is no info on what it weighs, but clearly this thing will put you in the hospital if you tried to swing it at an enemy. It would look great hanging on the wall, though. 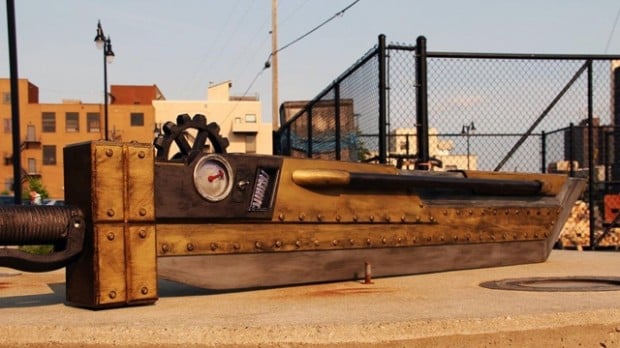 Just don’t try to use it in a real fight. Unless of course your enemy has one too. Then it would be the lamest fight in history as you both struggle to lift your swords and resort to throwing stones.