Marvel Entertainment and Disney Consumer Products have announced they have teamed up to launch a fun new device – the Marvel Creativity Studio Stylus and app. The app and stylus are exclusively for the iPad and gives people who are fans of Marvel superheroes a place to learn how to draw, color, and animate their favorite superheroes and villains. 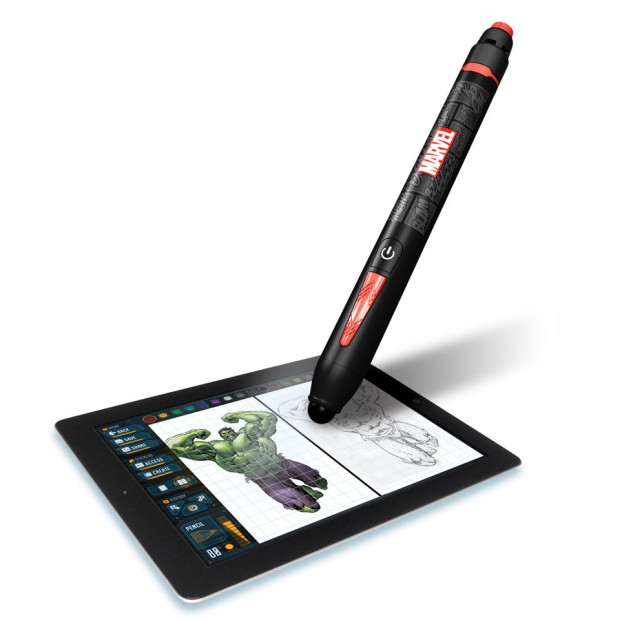 You can draw and color superheroes and villains from Avengers Assemble, The Ultimate Spider-Man, and Hulk and the Agents of S.M.A.S.H. Features of the app and stylus include professionally illustrated coloring pages allowing users to decorate their favorite characters with painting tools and an extensive color palette. The styles can be used to unlock the “Reveal” tool which lets you color images like the pros. 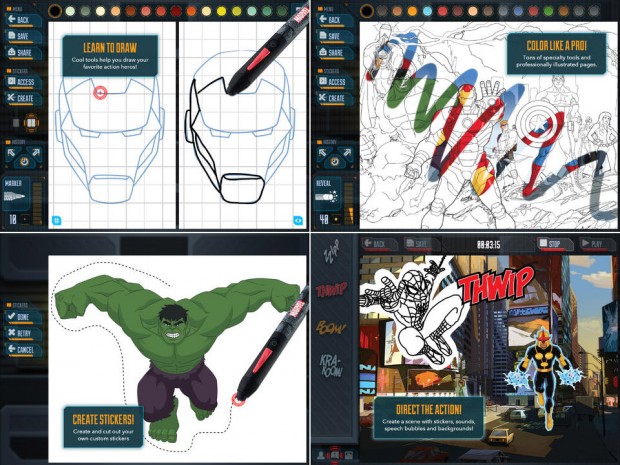 The app also features special touches so artists of all levels can successfully learn how to draw these characters including a side-by-side drawing canvas, trace lines, and a Drawing Scope feature. Users can also build and animate action scenes using character stickers, sound effects, speech bubbles, and backgrounds. Custom stickers can also be added to the animated scenes. The stylus is available with a limited-edition zippered case exclusively at Apple Stores for $34.99(USD). The app itself is free, and is available here.