If you are a big fan of Doctor Who, odds are you have more than a few Who themed items around your house. If it stays cold for very long in your neck of the woods, you may have one of those things you lay in front of the door to block cold air from getting in. We always called them “the draft thing” at my grandmas house. 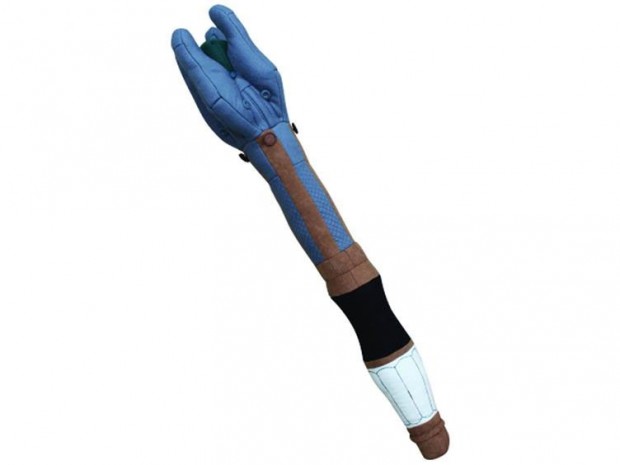 Apparently the British call them a “draught blocker.” Draught is how they spell draft apparently; I’m honestly surprised the word doesn’t have more instances of the letter U in its spelling. At any rate, if you need to block an annoying draft this winter, you can get this stuffed Sonic Screwdriver officially known as the Sonic Screwdriver Draught Blocker.

It’s stuffed and designed to lie geekily in front of the door. The device is up for pre-order for $44.99(USD) at Bigbadtoystore.com. The draught blocker won’t ship until March. If you live in a climate like Texas – where I reside, it will be 80 degrees by March with winter chill a distant memory. I assume it could also block hot air from getting under the door.