One of my favorite moments from the Star Wars movies is when Han Solo gets encased in carbonite for his trip to Jabba the Hutt. We have seen plenty of products over the years featuring the likeness of Han Solo stuck in his carbonite tomb. One of the coolest was the carbonite desk .

While it’s not as cool as the desk, you can actually own this Han Solo in carbonite door sticker. The sticker looks like its 3D with Solo’s hands really sticking out of it, but it’s flat. 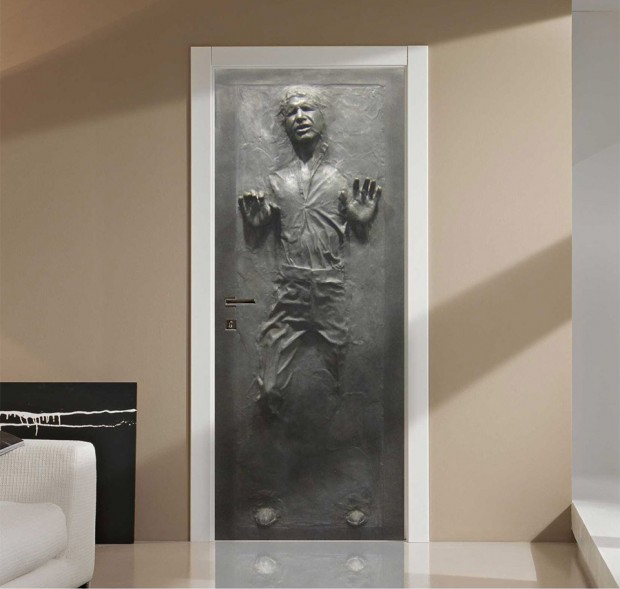 The sticker is easily removable according to the product page and can be reapplied to another door once removed. It sounds like this is sort of along the lines of a Fathead wall sticker. The only downside I see is that if your doors have any indented pattern on them, this won’t work, though you could always just stick it on your wall.

The Han Solo in carbonite sticker is available on Amazon for about $100(USD). Just be on the lookout for Boushh, or Han might escape from your trophy wall.

[via The Green Head via Nerd Approved]