Oh, China. You’re such a great nation, but sometimes we’ve got to call you on your ridiculous reinterpretations of trademarked and copyrighted works from other parts of the world. This handheld gaming console is one such example. 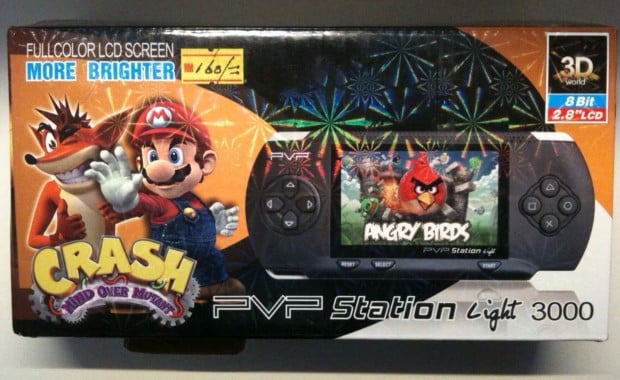 This ridiculously confused PVP Station Light 3000 handheld co-opts imagery from Sony, Nintendo, Rovio and Naughty Dog all in one single package. And having played some of these craptacular systems over the years, I’m going to bet it can’t even play most of the games referenced on its box. Or if it can, it does it very badly.